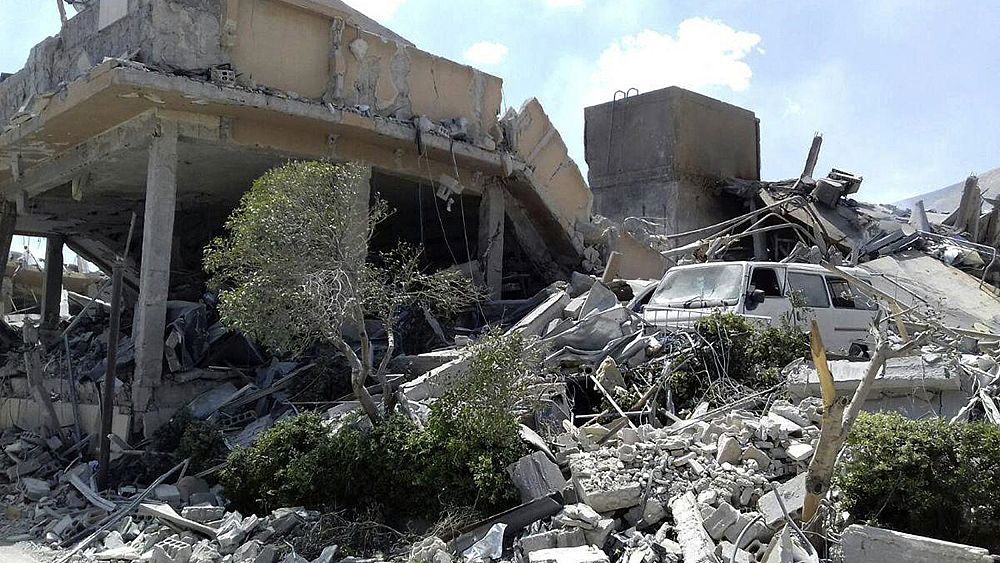 While Syrian television reported that the nation’s air defenses responded to the strikes, “none of our aircraft or missiles in this operation were successfully engaged” by the regime of President Bashar al-Assad, said Lt. Gen. Kenneth McKenzie, the director of the Joint Staff.

“The Syrian response was remarkably ineffective,” he told reporters.

The airstrikes included 105 weapons that were deployed against three targets in Syria in a multi-national effort that included France and the United Kingdom. Pentagon officials said the missiles struck at 4 a.m. local time Saturday (9 p.m. ET Friday), but coalition forces began preparing for the mission hours before.

At a news conference at the Pentagon after Trump spoke on Friday night, Defense Secretary James Mattis described the strikes as “a little over double the weapons” used by the Trump administration to carry out a similar attack one year ago. That April 2017 attack consisted of 59 Tomahawk cruise missiles.

“Last year the focus was on the delivery, this time the strikes went to the very heart of the enterprise, to the research, to development, to storage.” Pentagon spokesperson Dana White said.

“We are very confident that we have significantly crippled Assad’s ability to deploy these weapons.”

“Last night, operations were very successful, we met our objectives, we hit the sites — the heart of the chem weapons program — so it was ‘mission accomplished,'” White said.

Trump’s tweet Saturday appeared to be referring to the success of the strike, but whether or not the Assad regime will be deterred from using weapons again remains to be seen.

“What happens going forward has everything to do with the Assad regime, we sent a very clear message last night and we hope that he heard it,” White said.

This is a breaking news story. Please check back for updates.