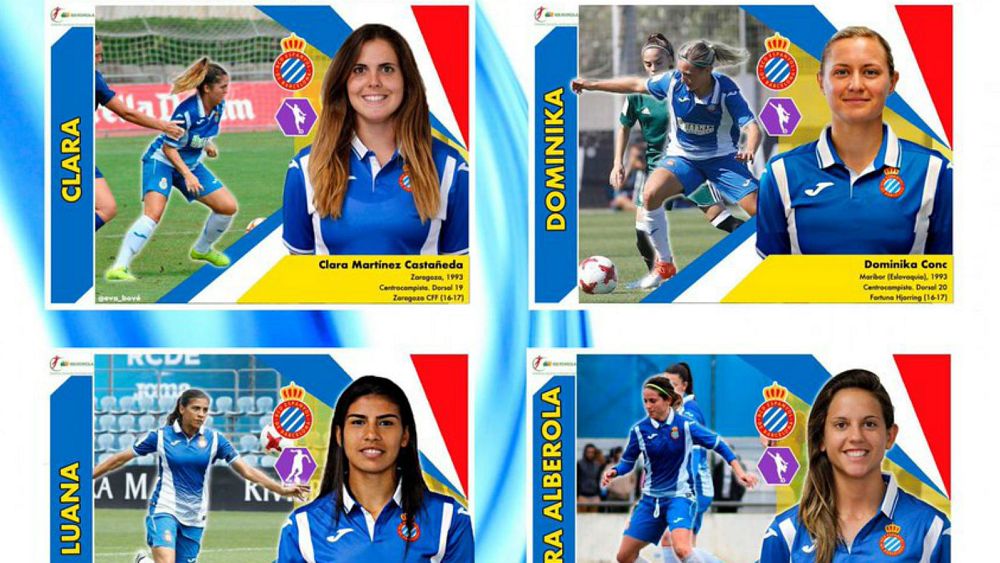 María Vázquez’s daughters love football but they couldn’t collect and trade stickers of their female idols, like fans could with male players, so she took matters into her own hands.
She created an album of cards featuring the likes of Laura Ràfols, Marta Torrejón and other players in the Spanish female soccer league.

“I have more than 250 stickers, made with a lot of help from photographers and clubs, with a lot of work and hours, so I can give my daughters an album of stickers of their idols, which I print and plasticize myself. And I’m proud to offer it to you,” she said.
Vázquez, who works in multimedia communication, according to local newspaper Diario de Navarra, created a Photoshop template modelled on the official sticker album for the Spanish men’s league and began collecting photos of the players, starting with Barça and Sevilla FC.

Her daughters loved the idea so much that she decided to extend the album to feature players from all teams in the league but faced problems acquiring photos of some women.

Vázquez decided to put a call out on Twitter and her post was so popular it was retweeted 7,000 times in a matter of days.
Social media users applauded the move and came forward offerning their photography services and putting her in touch with football teams or even the players themselves.

One Twitter user lauded Vázquez’s efforts: “You have possibly already attracted more publicity for the women’s football league than the federation has in its whole history.”