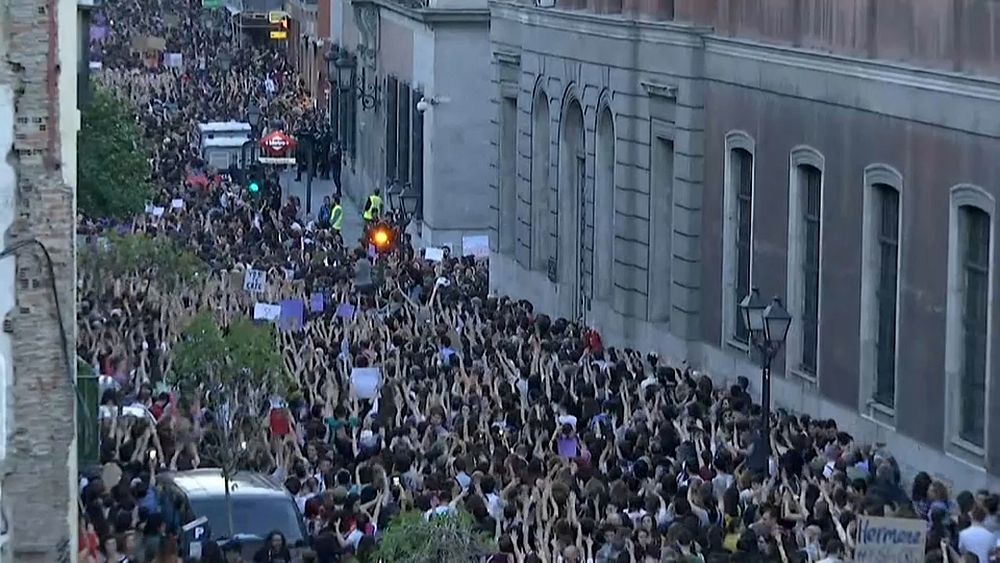 Thousands of people have been protesting across Spain after a court cleared five men of the gang rape of a teenager.
The court instead convicted the men of sexual abuse following the attack which took place at the San Fermin bull-running festival in Pamplona in 2016.

The men filmed the events on their mobile phones and shared comments about it on Whatsapp.

The court’s decision has led to criticism and outrage leading to demonstrations in cities across the country.

Placards reading; “I believe you sister” and “It’s not abuse, it’s rape,” were held outside the Justice Ministry in Madrid.

The so-called “Wolf Pack” case had already sparked widespread anger around Spain following concern over increased reports of sex attacks at the annual festival and over the mistreatment of women in general.

The state prosecutor had asked for prison sentences of more than 20 years for each of the men. But they were each given nine-year sentences for the lesser offence of sexual abuse.

When you should be worried about the Wuhan coronavirus, which has killed at least 17 people
2020-01-22