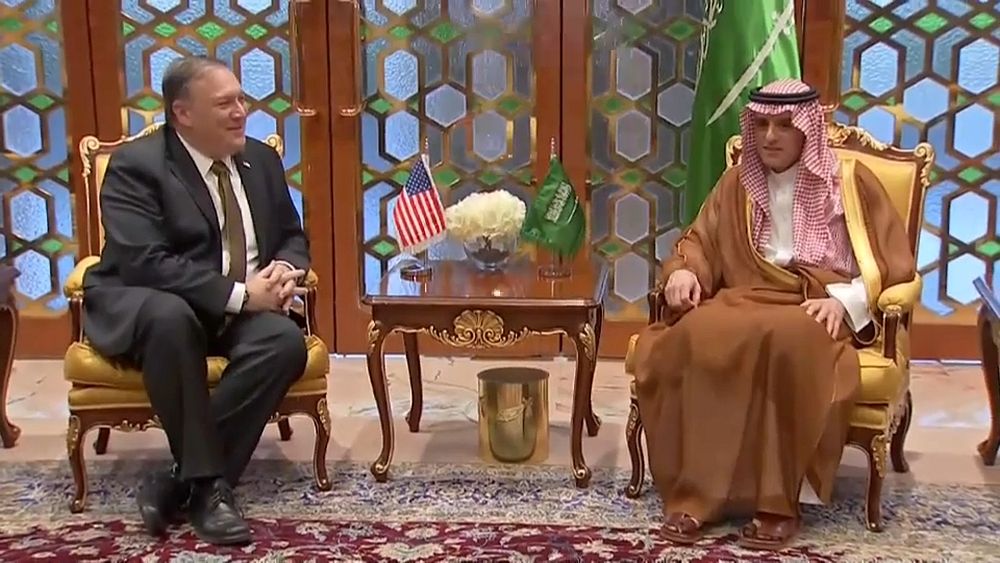 The U.S. Secretary of State Mike Pompeo has arrived in Saudi Arabia to discuss the Iran nuclear deal and the U.S. role in Syria.
After attending NATO talks in Brussels, his latest stop is part of a three-day trip which also takes in Israel and Jordan.

It is part of plans to update the region on President Trump’s plans for the Iran nuclear deal.

Trump is widely expected to withdraw from the agreement next month and re-impose sanctions on the country.

But Pompeo is also keen to regain a positive image of US diplomacy after the controversial sacking of his predecessor Rex Tillerson.

He was greeted on the tarmac by Saudi Foreign Minister Adel al-Jubeir and is expected to meet Crown Prince Mohammed bin Salman and King Salman during his stay.