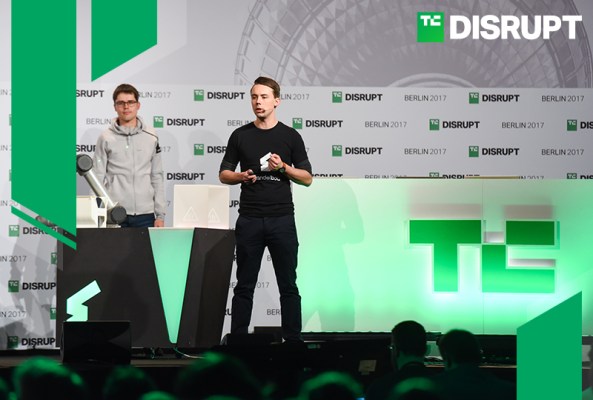 Hey, this message goes out to all you early-stage startup founders with the drive and determination to take your company all the way to the land of the unicorns. Now’s the time to apply to TechCrunch’s Startup Battlefield competition — the world’s best start-up pitch competition going down at Disrupt San Francisco 2018 on September 5-7. If you require incentive, consider this: we bumped the top prize this year to a very cool $100,000. That sure would help your bottom line, now wouldn’t it?

If you’re not tuned in to how Startup Battlefield works, we’ll break it down for you. Seasoned TechCrunch editors review all applications in a highly-competitive vetting process. How competitive? The acceptance rate ranges from 3 to 6 percent. Factors that influence the decision include the team, the product and the market potential. Anywhere from 15-30 pre-Series A startups will make the final cut. This is a good time to point out that competing in Startup Battlefield doesn’t cost a thing, and that TechCrunch does not charge startups any fees or take any equity.

All competing teams receive free expert pitch training from the Startup Battlefield team who, trust us, have seen it all when it comes to startup pitch competitions. You’ll be primed and ready for round one where you’ll deliver a six-minute pitch and demo to a panel of expert judges — and then answer any questions they may have. The cream of the crop — roughly five teams — will advance to round two for a repeat pitch performance in front of a fresh set of judges.

Every exciting, heart-pounding minute takes place in front of a live audience numbering in the thousands, and we live-stream it to the world on TechCrunch.com, YouTube, Facebook and Twitter. And it’ll be available later on-demand.

But the benefits of competing go far beyond winning the $100,000 cash prize. More than 400 media outlets will attend Disrupt SF’18, and an intense media spotlight will shine brightly on all Startup Battlefield contestants. Just making it into the initial Startup Battlefield cohort can draw significant investor interest. Aircall, a cloud-based call center solution, stands as a prime example.

All startups who compete will join the ranks of the Startup Battlefield alumni community. This impressive group of over 800 companies has collectively raised more than $8 billion in funding and produced more than 100 exits. Companies like Mint, Dropbox, Yammer, Fitbit, Getaround and Cloudflare — just to drop a few names. Networking as part of this community has its advantages.

So many reasons to apply, and we haven’t even talked about all the other fabulous happenings at Disrupt SF. More than 10,000 attendees will stream through Startup Alley, home to more than 1,200 of the best early-stage startups around. Twelve different tech tracks, four stages of unique programming, speakers, Q & A Sessions, after parties and world-class networking — made even easier with CrunchMatch, our curated investor-to-startup matching platform.

Disrupt San Francisco 2018 takes place on September 5-7 at Moscone Center West. Apply to Startup Battlefield. You have nothing to lose and everything to gain.