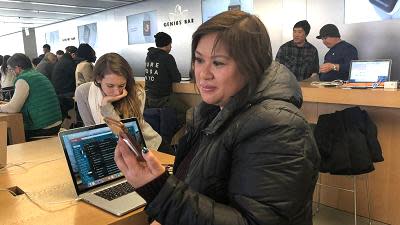 Apple AAPL said on Wednesday that it is giving a $50 credit to customers who had to pay for a battery replacement if their iPhone 6, or a later model, was out of warranty before Apple began offering discounted battery replacements in store.

The credit is available to owners of iPhone 6 or newer models who had to replace the battery between January 1, 2017 and December 28, 2017. Apple said that, as of Wednesday, it’s beginning to alert customers who are eligible for the credit and will provide instructions on how to get it. It will continue to alert customers through July 27, so it may take a few weeks before you get the notice.

Note that this doesn’t apply to anyone who had the battery replaced while it was covered by Apple’s warranty.

Apple’s out-of-warranty price for a battery replacement for the iPhone 6, and newer phones, is typically $29 . Prior to January of this year, it was $79 to get it replaced out of warranty.

Apple began replacing batteries on iPhone 6 and up earlier this year after Apple said slower batteries required it to force iPhones to run at slower speeds to maintain battery life and to keep iPhones reliable.