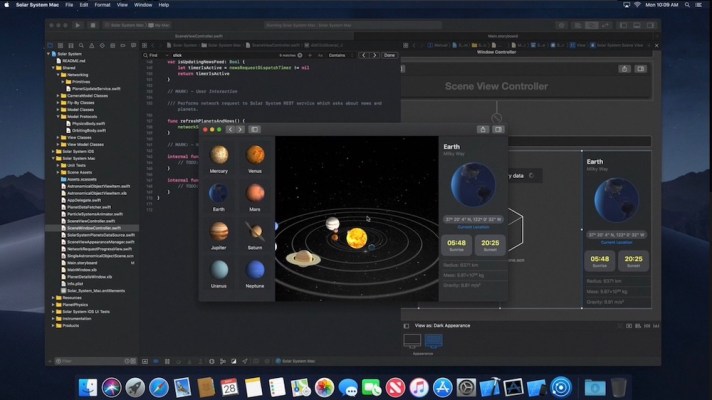 Apple’s Worldwide Developers Conference is just a couple of days away, but some of the updates appear to have been revealed early.

Specifically, developer Steve Troughton-Smith tweeted some screenshots this morning of what he said was macOS 10.14. And while the screenshots focused on Xcode 10, they also revealed a couple of bigger changes to the operating system.

For one thing, it looks like the new version of macOS will include a more comprehensive dark mode — one that doesn’t just darken the menu bar and the dock, but applies much more broadly, affecting apps and even the Trash can. The screenshots also include an icon for Apple News in the dock, so there’s probably a new desktop version of the app on the way.

Ahead of WWDC, there have been rumors that Apple will launch “universal” apps that work on both desktop and mobile. Nothing here confirms that, but it does suggest Apple is working to make iOS and macOS — and their respective App Stores — more similar.

'We will be very efficient': Trump defense opens with warning against removal, attack on Schiff – 4 takeaways
2020-01-26