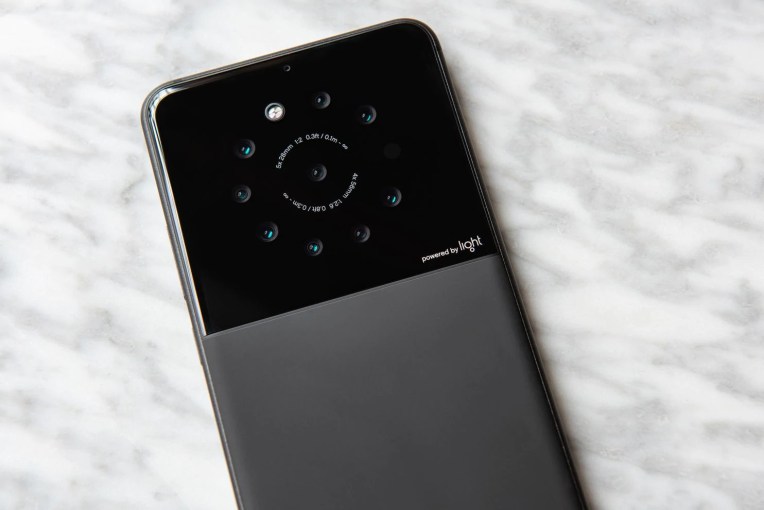 The entire package is not much thicker than an iPhone X, the Post reports. The additional sensors are said to increase the phone’s low-light performance and depth effects and uses internal processing to stick the image together.

This is the logical end-point for Light. The company introduced the $1,950 L16 camera back in 2015 and starting shipping it in 2017. The camera uses sixteen lenses to capture 52 megapixel imagery. The results are impressive especially when the size of the camera is considered. It’s truly pocketable. Yet in the end, consumers want the convenience of a phone with the power of a dedicated camera.

Light is not alone in building a super cameraphone. Camera maker RED is nearing the release of its smartphone that rocks a modular lens system and can be used as a viewfinder for RED’s cinema cameras. Huawei also just released the P21 Pro that uses three lenses to give the user the best possible option for color, monochrome and zoom. Years ago, Nokia played with high megapixel phones, stuffing a 41 MP sensor in the Lumia 1020 and PureView 808.

Unfortunately addtional details about the Light phone are unavailable. It’s unclear when this phone will be released. We reached out to Light for comment and will update this report with its response.

$6.4 Trillion And Counting – How The Military-Industrial Complex Hijacked The War On Terror
2020-01-19