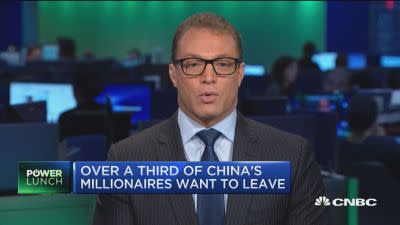 The average price of a house bought in San Francisco rose by $205,000 in the first half of 2018, the largest six-month increase in history, according to MLS data compiled by local real estate agency Paragon .

The average house in the city limits now costs $1.62 million. Condo prices also rose by $71,000, which is a significantly slower pace of change than in past years, but still comes in at a startling $1.21 million.

This is a direct outgrowth of the current tech boom in Silicon Valley, which shows no signs of slowing down.

It’s worth recalling that a lot of people in Silicon Valley were bracing for a slowdown in 2015. Venture investors like Bill Gurley were predicting that long-running start-ups would have to raise rounds at lower valuations because their last rounds came with restrictive conditions for future investors but they weren’t ready to go public yet. Start-ups cracked down on expenses. Apple’s share price actually dropped during the year, as investors grew concerned about slowing iPhone sales and the prospect of a general downturn. The next year, Silicon Valley stalwarts Intel and Cisco both laid off several thousand employees apiece.

Indeed, housing prices in SF actually slowed their growth in 2015 and 2016, before starting to rocket up again last year.

There are other factors in San Francisco’s housing prices, including an extreme lack of new housing supply and foreign investment. But as the tech industry continues to power the entire U.S. economy, it only makes sense that its capital becomes an ever more desirable place to live.