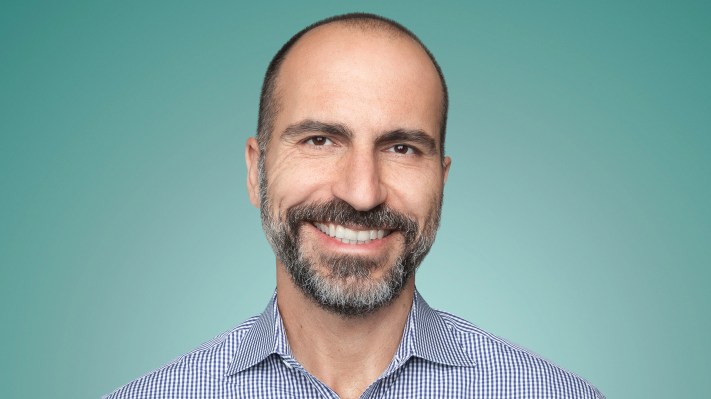 In the days of Uber 1.0, the ethos seemed to be about doing all the wrong things. Now, with former Expedia CEO Dara Khosrowshahi at the helm, Uber is clearly on its way to becoming a sort of Expedia for transportation. Though, Khosrowshahi has previously likened Uber’s business to aligning more with the idea of an Amazon for transportation.

At TechCrunch Disrupt San Francisco in September, Khosrowshahi will join me to discuss Uber’s big plan to own the entire transportation experience for people, the highs and lows of his first year on the job, Uber’s upcoming initial public offering and much more.

Under Khosrowshahi’s leadership, Uber officially became a multi-modal transportation platform with its acquisition of JUMP Bikes for about $200 million, the launch of UberRENT and a public transportation partnership with Masabi.

Oh, and Uber is also working on electric scooters, as well as flying cars via its Elevate program. Just like residential and buildings have gone three-dimensional, Khosrowshahi said at a tech conference in May, “you’re going to have to build a third-dimension in terms of transportation.”

Under the leadership of Khosrowshahi, Uber also seems to be moving into an era where the company works with governments, instead of in spite of them. This is quite the 180 for Uber. Before the days of Khosrowshahi, Uber was reluctant to share data with cities. Now, Uber is expanding Movement, a platform that anonymizes and aggregates Uber data to map travel times, to 12 new cities across five continents. The intent is to help urban planners, local leaders and civic communities make more informed decisions.

While Khosrowshahi is making positive moves in a business direction, it’s worth noting the company is still in need of a chief financial officer, and there have been some high-level departures that have continued under his leadership. In June, for example, Uber’s chief brand officer, Bozoma Saint John, left a little after one year of joining the company.

At the time, Saint John told me that while “nothing horrible or terrible happened,” Uber’s corporate culture has not “righted itself 100 percent.” At Disrupt, Khosrowshahi and I will also discuss Uber’s corporate culture and what it’s going to take to fully recover from its 2017, which entailed reports of sexual harassment, mismanagement and a toxic work environment.

Recent polls indicate Bernie Sanders has a narrow lead going into the Iowa caucuses, but the contest is still largely up for grabs
2020-01-26