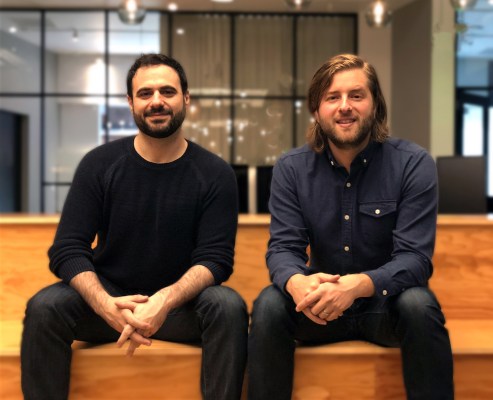 Knock Knock, a startup building games for platforms like Facebook Messenger and WeChat, is announcing that it has raised $2 million in seed funding.

The goal isn’t to build interactive chat fiction, but rather fully-fledged mobile games that are accessed from messaging apps, while also taking advantages of the opportunities offered by incorporating messaging and chatbots into the game mechanics.

“This is the most frictionless an experience can get,” said CEO Andrew Friday. “There’s no download, it’s hooked up to a fast messaging medium that you’re already using and people can bring their friends into the experience seamlessly.”

Friday was a senior product manager for chat games at Zynga, while his co-founder Andrew N. Green was previously the head of business operations at TinyCo. They plan to release their first game for Facebook Messenger later this year, and then a WeChat title in early 2019.

When I asked if there are any specific genres that will do best on messaging, Friday suggested that there’s actually “an embarrassment of riches.”

He also suggested that compared to FRVR, another recently-funded startup looking to build chat games, Knock Knock is less focused on “hypercasual” games and instead taking “a deeper, more thoughtful approach.” Although thoughtfulness and depth are relative — Friday suggested that Knock Knock could still create the initial versions of its games in 90 days.

The funding was led by Raine Ventures, with participation from London Venture Partners, Ludlow Ventures and Gregory Milken.

“Knock Knock has the potential to usher in the next wave of chat games that will redefine the market,” said Courtney Favreau, a venture capital partner at Raine, in the funding announcement. “The founding team has an impressive track record in the mobile and chat gaming spaces and we’re very excited to help them bring their vision to life.””