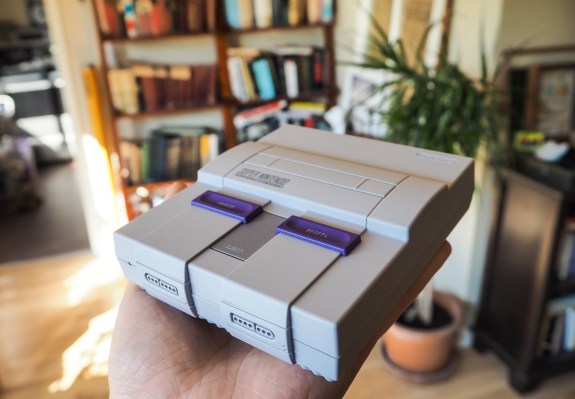 If you missed the first few rounds of excitement about Nintendo’s mini nostalgia machines, you’ve got another shot.

Nintendo’s NES and SNES Classic consoles aren’t always easy to find, but they’re now available from Amazon for $59.99 (NES Classic) and $79.99 (SNES Classic). You can place an order for either right now, though be aware that the NES Classic won’t ship until it’s back in stock on August 12 and the SNES Classic looks like it’ll be back on August 3 — a pretty reasonable wait for a sure thing. Update: It looks like Amazon’s stock of the NES Classic may have already run out in the course of the last few minutes, though the SNES version is still available at its normal retail price (and let’s be real, it was the best console). They seem to be dropping in and out of availability, so try refreshing and see what happens!

When they were first introduced, the reimagined versions of two of the best-loved consoles of all-time arrived to feverish demand. Back in 2016, the NES Classic was difficult hunt down and when it hit in August 2017, the SNES followed suit, managing to even outpace interest in its own progenitor. (Naturally, scarcity is the perfect fuel for a nostalgia-powered fire.)

Nintendo originally didn’t intend for either console to be restocked indefinitely, but after observing the “unbridled enthusiasm” of the retro gaming boxes it decided to keep them around. The consoles reappeared in May and June but sold out quickly.

Even with the repeat appearances, it’s been hard to keep track of when and where the things go on sale. If you’re reading this and you’ve yet to score a one-way ticket to nostalgic 8- or 16-bit euphoria, the Amazon listings look like a sure bet — for the moment, anyhow.