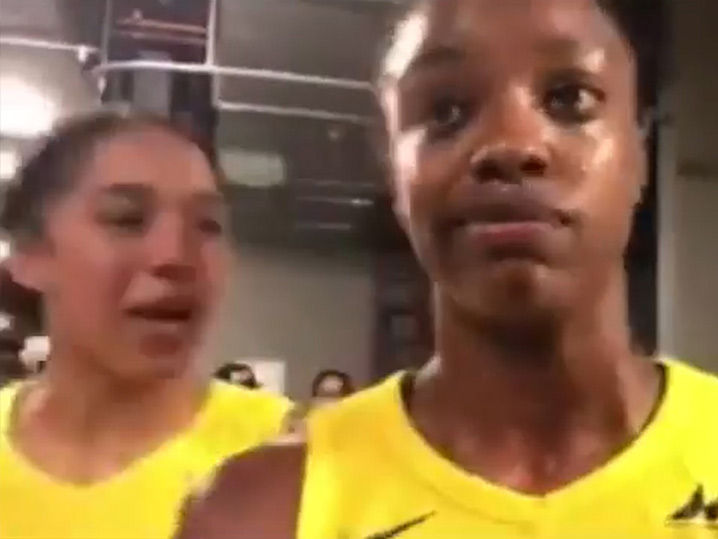 WNBA’s Diamond DeShields Trolled By Teammate … ‘Is Your Rash Okay?’

WNBA star Diamond DeShields took an immediate L courtesy of her teammate after getting a huge win Wednesday … and the video of it is hilarious.

After the Chicago Sky beat the Phoenix Mercury, 101-87, DeShields earned the postgame interview attention as the star of the day … and then Gabby Williams struck.

The reporter asks how big of a win it was … and while Diamond’s giving her answer — Williams yells, “Hey, is your rash okay?!”

Diamond — clearly embarrassed — tries to laugh it off, turns to the camera and says, “Jokes! Jokes!”

Seems like it’s all fake though … so no rash lotion necessary.

As for that new burn she’s got courtesy of Gabby … that might need some caretaking.