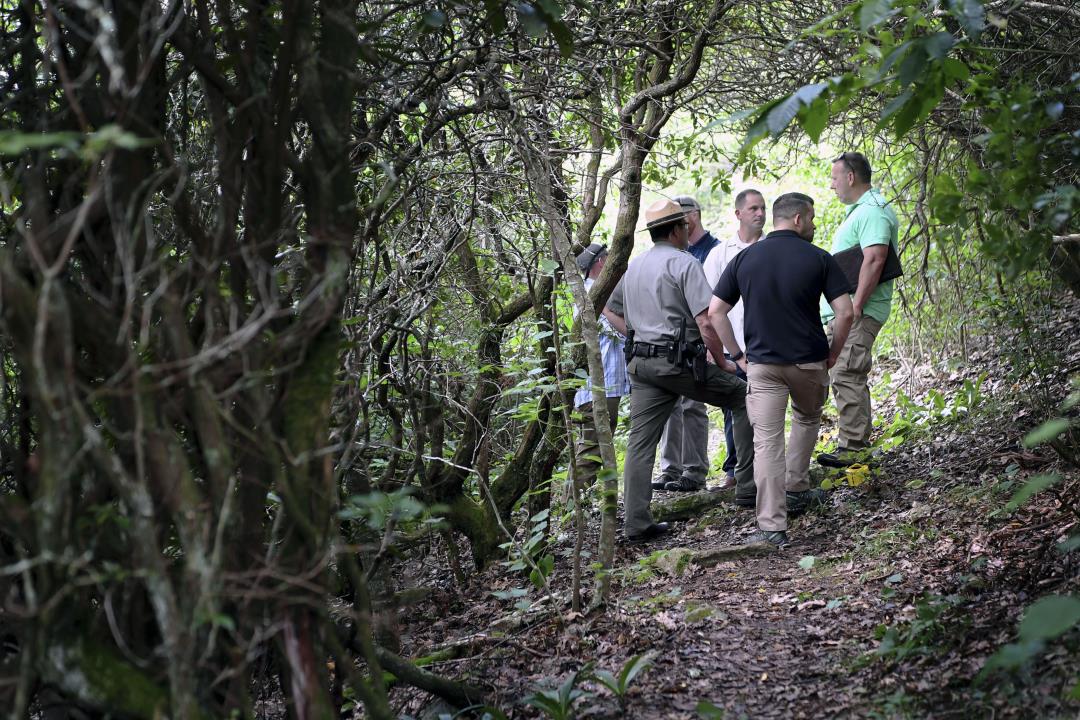 (Newser) – A North Carolina man is facing up to life in prison for allegedly murdering his co-worker at a picturesque North Carolina inn, CBS News reports. The FBI says Sara Ellis, 29, never returned from a Thursday hike along the Blue Ridge Parkway with her 20-year-old co-worker Derek Shawn Pendergraft. He reported Ellis missing and initially told investigators she had gone back alone when it began raining; he kept hiking and found her hat and umbrella on the ground when he returned, per the Citizen-Times. Investigators found her partially nude body near a parkway trail with bruising to her head and neck, with no signs of trauma caused by a knife or gun—but an official cause of death is pending Friday’s autopsy.

The next night, Pendergraft reportedly visited the Pisgah Inn’s manager and confessed to killing Ellis. The manager contacted law enforcement, and investigators sat down with Pendergraft yet again—this time hearing he had “blacked out” on the hike and found her dead, per a federal complaint. “When I came to I felt like it had not been a single blink of my time,” he apparently said. Now he’s been charged with second-degree murder. The death of Ellis, a pantry cook, comes as summer tourism is peaking along the parkway. “Everyone is grieving; this is a dark cloud over us,” says Pisgah Inn owner Bruce OConnell. “We’re all in shock right now. As everyone always says, we never would’ve thought this would happen here.”