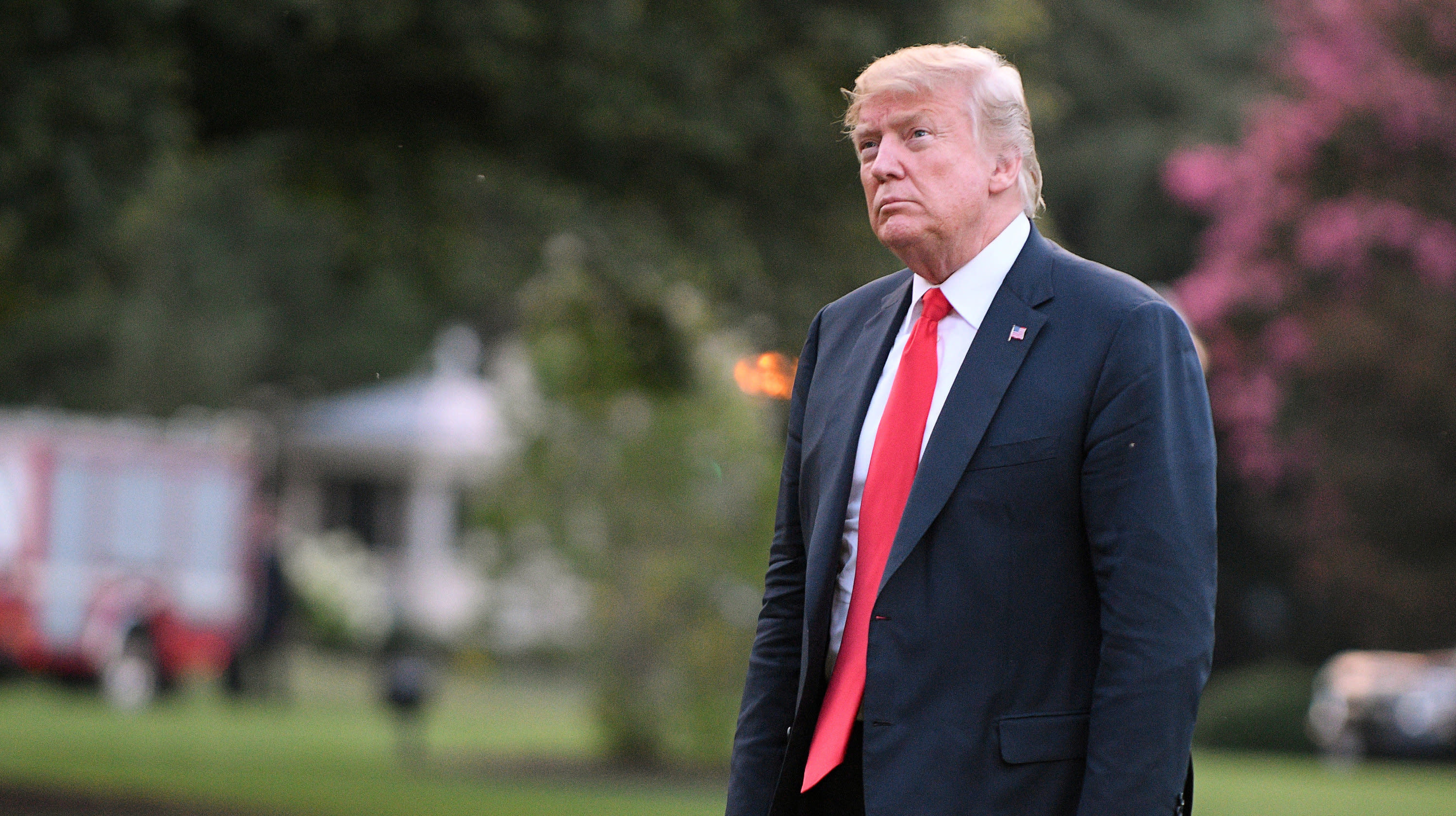 President Donald Trumpon Friday denied having prior knowledge of his son’s highly scrutinized 2016 meeting with a Kremlin-linked lawyer, the latest in a string of conflicting explanations for what and when he knew about the encounter.

Trump’s comments came a day after CNN reported that his longtime personal attorney Michael Cohen had claimed that the president knew in advance that Donald Trump Jr. met with Natalia Veselnitskaya in an effort to get incriminating information about Democratic presidential candidate Hillary Clinton.

Though Trump has repeatedly sought to distance him from the problematic meeting, his and his team’s statements on what he knew have morphed considerably over time. The discrepancies have drawn increased attention as special counsel Robert Mueller’s investigation into whether or not the Trump campaign colluded with Russia during the 2016 campaign heats up.

Here’s how the president’s claims have evolved over the past year.

After the New York Times in July 2017 first exposed the meeting, Trump Jr. claimed its sole purpose was to discuss American adoptions of Russian children (which Russian President Vladimir Putin banned in 2012). A day later, though, the first son admitted in a highly publicized statement that he met with Veselnitskaya after being offered dirt on Clinton.

According to the Times, Trump himself signed off on his son’s initial statement on the meeting. Trump personal lawyer Jay Sekulow, however, repeatedly denied that the president was involved at all.

Trump’s legal team said that he personally dictated the statement

In a Jan. 29 memo to Mueller, Trump’s attorneys John Dowd and Sekulow contradicted Huckabee Sanders by saying the president had indeed dictated Trump Jr.’s statement. The Times published a copy of that letter in June.

Trump acknowledged that the initial statement was misleading, but said it didn’t matter because it was prepared for the Times.

“That’s not a statement to a high tribunal of judges,” Trump said two weeks after the letter was made public. “That’s a statement to the phony New York Times.”

Trump’s personal lawyer Rudy Giuliani said in June that Sekulow was “misinformed” when he wrote the letter to Mueller.

“I think he was uninformed at the time just like I was when I came into the case,” Giuliani told NBC’s Meet The Press. “This is a point that maybe wasn’t clarified in terms of recollection and his understanding of it. And what Jay did was he immediately corrected it.”