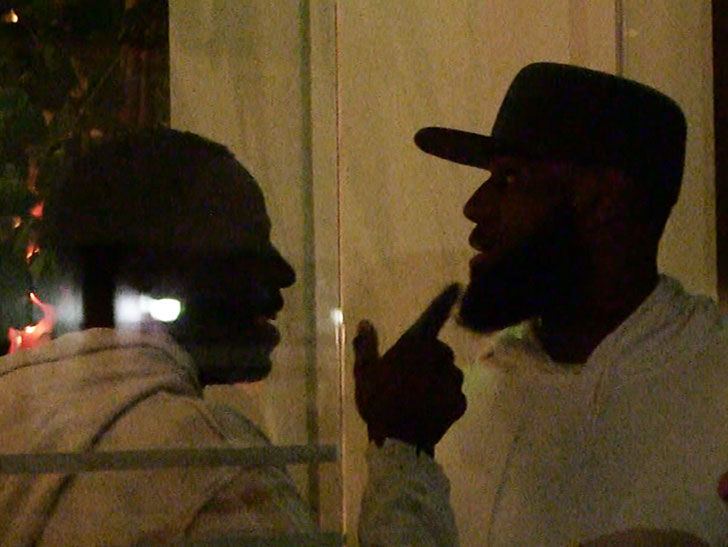 Before Draymond Green‘s alleged violent confrontation with Tristan Thompson … the NBA star was partying with LeBron James and Kevin Durant and witnesses say he was in a great mood.

There are reports Draymond and his crew went from LeBron’s Uninterrupted party at The Highlight Room to Delilah nightclub … where Green approached Thompson and was struck in the face by the NBA star.

Some reports say Draymond was trying to apologize to Tristan for disrespecting him after the NBA Finals — but TT was having nothing of it and had to be restrained.

Witnesses who saw Draymond and LeBron at The Highlight Room say the guys were hanging out and enjoying the evening … no static, no tension.

We got video of Draymond and LeBron having a conversation before leaving for the next spot with KD — but unclear what they were talking about.

We’ve reached out to reps for both Draymond and Tristan about the alleged fight — but nobody is saying anything.