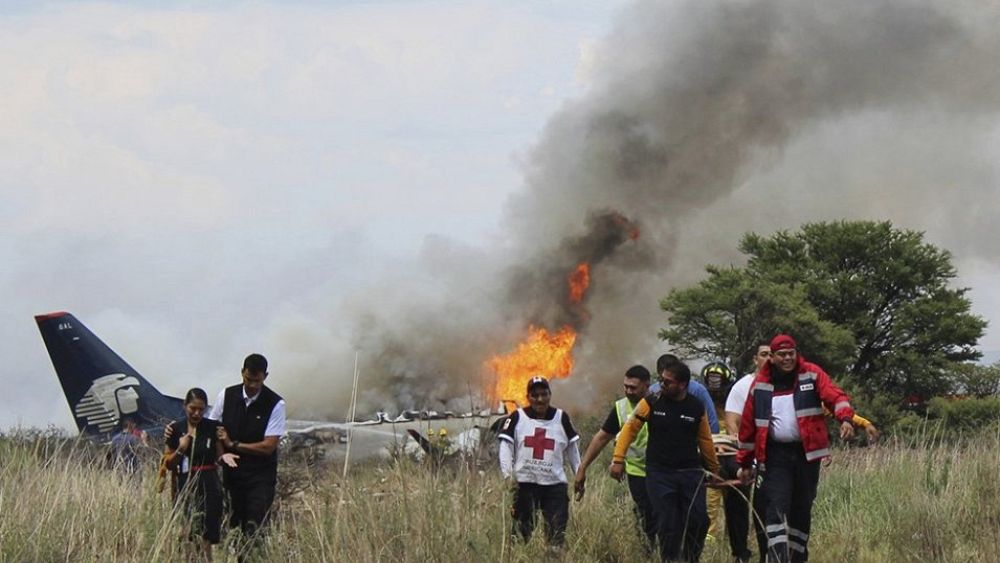 A cellphone video captured by a passenger on an Aeroméxico plane shows the harrowing seconds before and after the crash on Tuesday.”Open the door!” passengers can be heard pleading in the video in the moments after the plane crashed.Ramin Parsa, 32, was aboard the flight from Durango to Mexico City when it crashed shortly after takeoff from General Guadalupe Victoria International Airport, authorities said.Around 40 seconds into the clip, Parsa’s phone drops as the plane crashes into grass near the runway. In the nearly two minute clip, children and passengers can be heard yelling. Before the clip ends, passengers can be seen trying to get out as the inside of the plane that appears to be filled with smoke.

Passengers were able to evacuate on the plane’s emergency slides, according to authorities.”We were praying when we got away from the wing. Children were crying. People were burned, their hands and their feet,” Parsa told NBC News on Wednesday. “It’s a miracle we are alive.”All of the 103 people on board — 99 passengers, two pilots and two flight attendants — survived. José R. Aispuro Torres, the governor of Durango state said 49 people were being treated at hospitals as of Tuesday afternoon.The plane’s pilot, Captain Carlos Meyran, suffered the most serious injury: a lesion that required surgery. Some survivors had burns on a quarter of their bodies, according to a local health official.