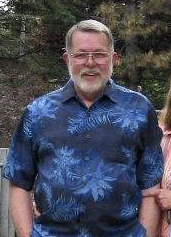 (Newser) – A decorated Vietnam War veteran woke up to the sound of his front door crashing in and saw a naked intruder attack his grandson, so he acted to protect his loved ones, according to his family’s lawyer. As the man tried to choke and drown the boy in the bathroom, Richard Black and his son desperately tried to pull him off early Monday, even poking him in the eyes, before the 73-year-old grabbed his 9mm handgun and shot the intruder twice in the chest, lawyer Siddhartha H. Rathod said. Soon after, police responding to 911 calls shot and killed Black in his house outside Denver. It’s the fourth police shooting in the city of Aurora, Colo., in about a month. Police say the officer who killed Black also was involved in another fatal shooting on June 27 that is still being investigated, the AP reports.

Black’s wife, Jeanette, had called authorities from outside the house, describing her husband and son, who are white, and the intruder, who was black, Rathod said. “Mr. Black did everything right. His actions saved his grandson’s life. He should be in the mayor’s office getting a commendation for his heroism. Instead he’s in the morgue,” the attorney said Tuesday. Police in Aurora have released only some other details as they investigate, saying they need to balance transparency with ensuring a credible investigation. Police Chief Nick Metz said in a video posted online Wednesday that he is frustrated he has not been able to release more information about what happened—including details gathered from 911 calls, police body-camera footage, and interviews. He and officials from the district attorney’s office, who will decide whether to charge the officer, were expected to answer questions about the case Thursday.