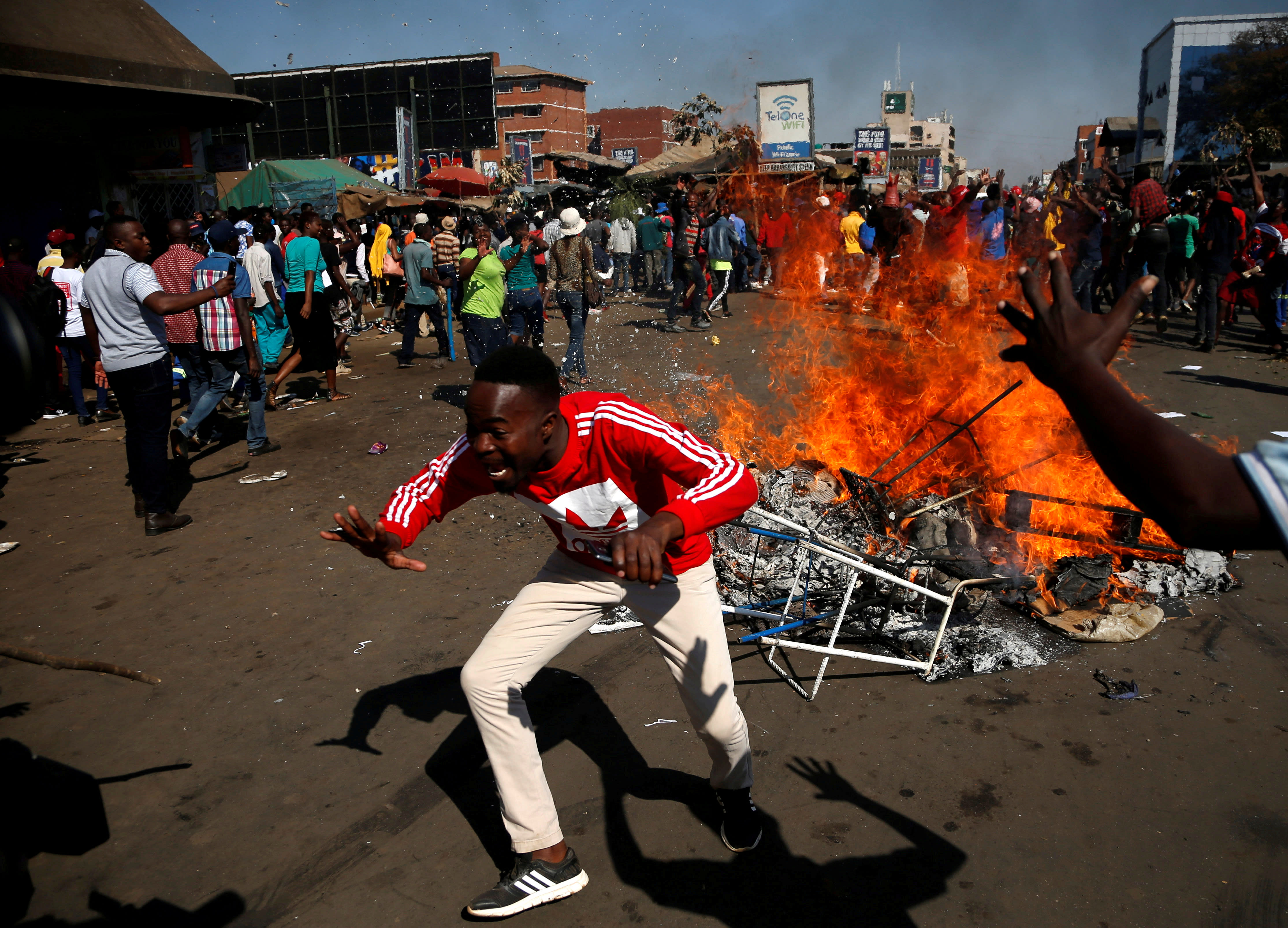 Protests in Zimbabwe’s historic elections turned bloody on Wednesday as a man was shot dead during demonstrations over alleged vote fraud and President Emmerson Mnangagwa appealed for calm.

The polls — the first since autocratic president Robert Mugabe was forced out by a brief military takeover in November — had offered Zimbabwe the chance of turning the page on a brutal chapter of its past.

But the mood quickly descended into anger and chaos as supporters of the Movement for Democratic Change (MDC) opposition declared they had been cheated.

“You said you were better than Mugabe — you are the picture of Mugabe,” shouted one young male protester wearing a white T-shirt. “We need security for the people.”

Official results showed that the ruling ZANU-PF party had easily won the most seats in the parliamentary ballot — strengthening Mnangagwa’s prospects of holding onto power in the key presidential vote.

Read more of this story by AFP on Yahoo News >>>