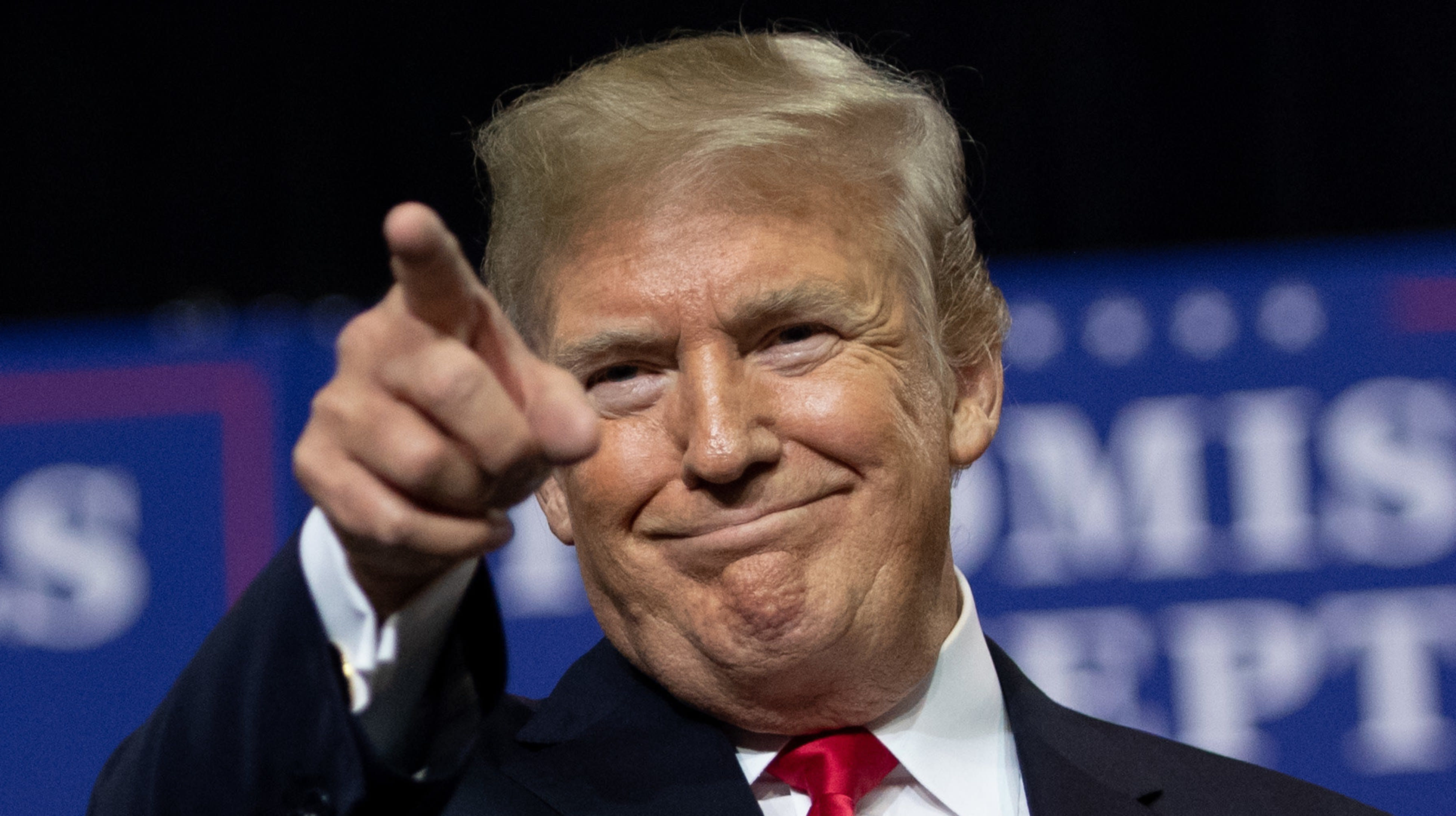 Call it President Donald Trump’s version of Christmas in July.

While giving a speech in Tampa on Tuesday ― the final day of a month usually linked to beaches and BBQs rather than Santas and stockings ― Trump declared victory in the so-called “war on Christmas”:

“Remember, I said, it’s awfully early to be thinking this, but I always think it. Remember the attack on Merry Christmas? They’re not attacking it anymore. Everyone’s happy to say ‘Merry Christmas,’ right? Merry Christmas! That was under siege. You’d have these big department stores that say ‘happy holidays.’ They say where’s the ‘Merry Christmas?’ Now they’re all putting up ‘Merry Christmas’ again. And that’s because only because of our campaign.”

Trump has referenced the “war on Christmas” throughout the year as well as last year in both July and October.

On social media, however, many weren’t ready to celebrate yuletide with summer still in full swing:

In case you aren’t watching the Trump Rally…

I’m watching this so you don’t have to.

I guess they don’t realize Trump is Krampus. You know- takes kids from their parents. Who won the war on Christmas by the way? I’m still celebrating Yule this year & will still be wishing everyone happy holidays bc I want all to enjoy their own winter celebrations too. pic.twitter.com/8Y7WqTwdIE

Fascinating, I had no idea there was a war on Christmas. But I supposed Trump is the best there ever was at winning the non-existent war against Christmas.

Breaking News: After threatening to bomb the North Pole trump has held a summit with Santa, which he failed to mention to us all. An elf leaked photos. trump later announced that we can all say Merry Christmas again. Score another great victory for this administration.

WE KEEP ON WINNING:

Is this really happening? Are we in some bad Twilight Zone episode? What did we do wrong to deserve this?

The “war on Christmas” is a long-running conservative talking point that claims the holiday was somehow hidden from view. Trump made the “war” a central part of his 2016 campaign. According to PolitiFact, Trump’s promise to say “Merry Christmas” is one he has kept.