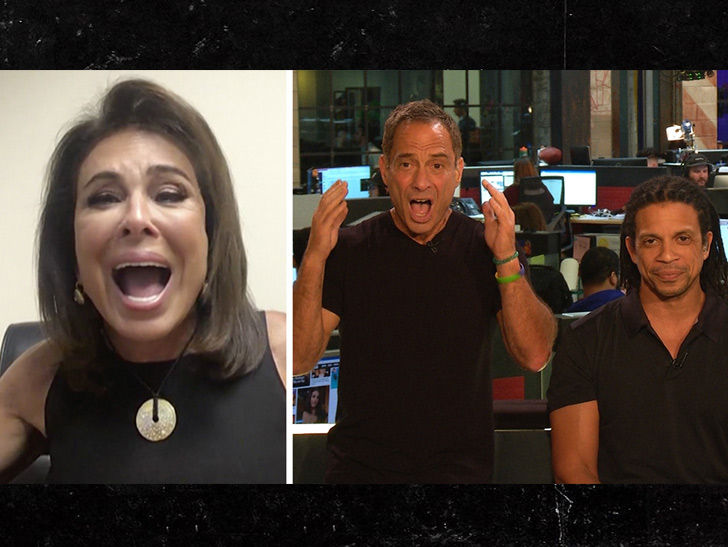 Judge Jeanine Pirro says she does disagree with some of President Trump‘s tactics — though she won’t say which ones — but adds his words don’t matter as much as what he does.

The Judge was on TMZ Live to talk about her bestselling book, ‘Liars, Leakers and Liberals.’ It’s no secret, she’s been a constant and staunch defender of the Prez, but we asked if there’s anything … ANYTHING he’s done that would make her break ranks … even a little bit.

She admitted his infamous “grab ’em by the pussy” remark was an issue, but then got pretty heated when we asked about things he’s said since entering the White House. For instance, calling American citizens “sons of bitches” for protesting before NFL games.

Judge Pirro thinks Americans don’t care about his rants — on Twitter or at rallies — because she thinks he’s made the country better in every imaginable way.

As for why she won’t publicly reveal her disagreements with the Prez … she claims that’s a whole other book.