Lil Wayne I’m Down with Little Big Town Now … Thanks to the AMAs!!! 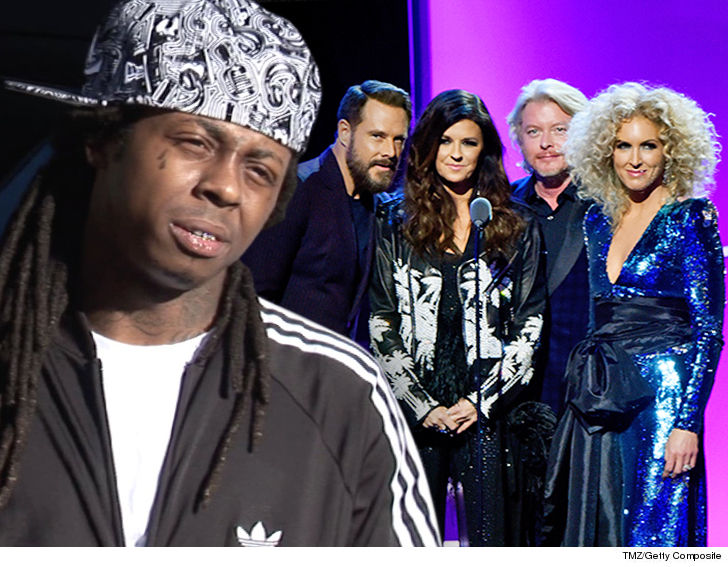 Lil Wayne done gone country as a member of Little Big Town, at least that’s what the good people at the American Music Awards think … TMZ has learned.

Clearly, somebody done screwed up and sources familiar with the blunder tell us Weezy just got 5 AMAs! The only problem is 4 of them don’t belong to him … they’re for the hit-making country music band. 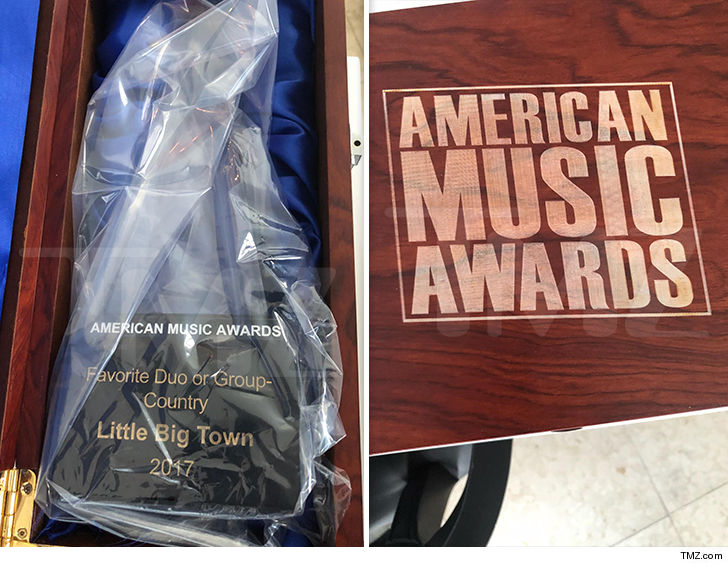 We’re told Wayne did receive his actual AMA trophy — Favorite Rap/Hip-Hop Song for “I’m the One” — but the people really getting screwed here are Little Big Town.

Our sources say the band’s awards are still at Casa de Weezy, because he and his team — especially Young Money Prez Mack Maine — have no clue who to contact to get the hardware to LBT.

Wayne’s just not that plugged in to the country world, but we see an opportunity here.