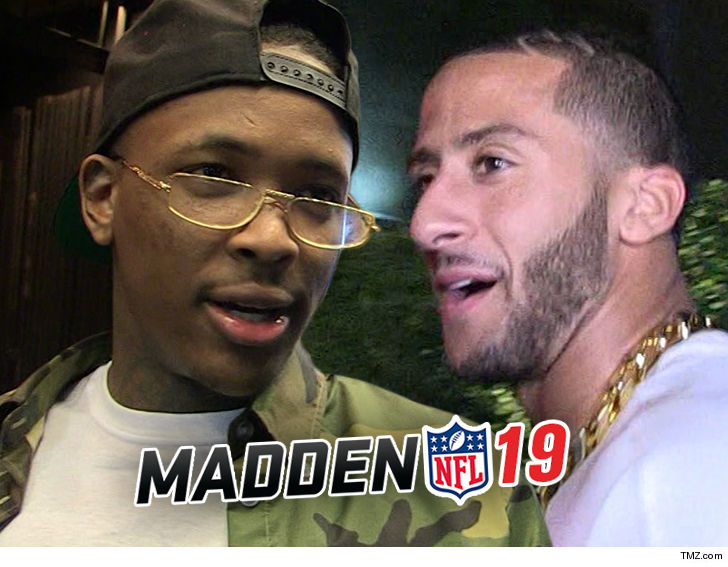 YG is demanding answers from Madden and/or the NFL about why Colin Kaepernick‘s name was censored from his song … because he sure as hell didn’t approve it.

Sources close to YG tell TMZ Sports, the rapper was completely unaware his track, “Big Bank,” would be edited when it was included in Madden NFL 19. The track features Big Sean, Nicki Minaj and 2 Chainz, and Sean’s verse includes Kaep’s name. At least it did until someone scrubbed it.

bad enough @Kaepernick7 still not signed, but now they even edit his name out in this year’s @EAMaddenNFL during @BigSean verse, smh pic.twitter.com/3nvkB26z5r
— Mr. Changing Lives (@jeanclervil) August 2, 2018

We’re told the move blindsided YG and his team, and his camp’s furiously trying to find out who called for the edit — the game’s producer, EA, or the NFL. Either way, he’s not happy and wants the song to run unedited.

In case you missed it, Sean’s verse went like … “Feed me to the wolves now I lead the pack and s**t. You boys all cap, I’m more Colin Kaepernick.” The final in-game version completely nixes the name.

Our sources say YG completely supports Colin, and everything he’s going through with the NFL.