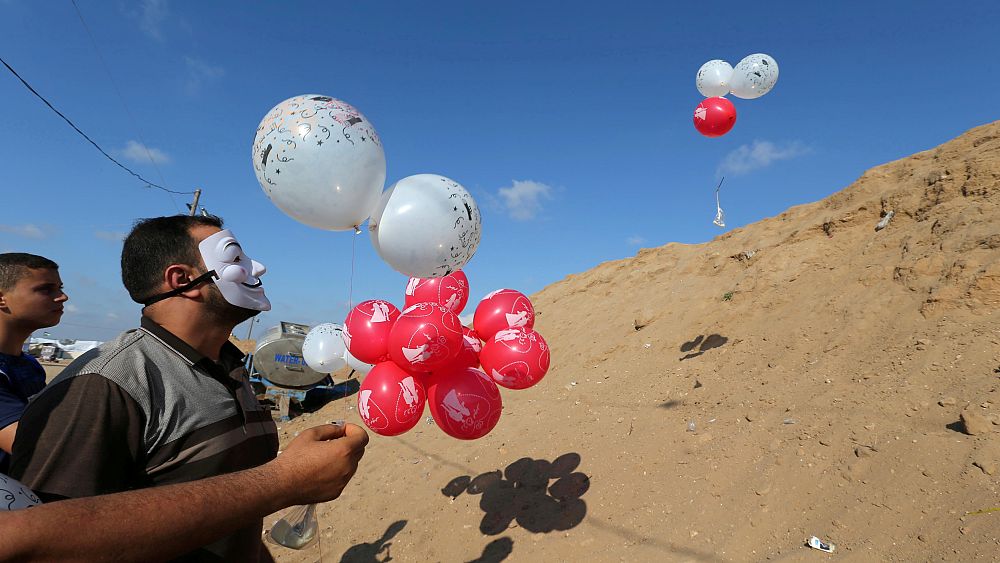 Israel stopped shipments of fuel and gas to the Gaza Strip on Thursday in an attempt to stop militants launching incendiary balloons and kites into the country. The devices land and often set fire to fields.
The state has lost tracts of farmland and forests to fires set by kites and helium balloons laden with incendiary material and flown over from Gaza. Israel had already responded by preventing the entry of non-essential commercial goods to Gaza.

“Everyday we have like tens of fires, erupting because of balloons and kites sent from Gaza and the message or the purpose of it is to terrorise our lives,” said Alon Al-Sheik, a resident of Nir Am. “Our country and army are obviously not doing enough but what do you do about people with kites? So our solution is to find a civilian solution to the civilian problem. We are going to solve this problem.”

A statement from Defence Minister Avigdor Lieberman’s office on Wednesday said he had ordered a halt to fuel supplies into the strip via the Kerem Shalom crossing until further notice.

“The decision has been taken in view of the continued terror of incendiary balloons and friction along the (border) fence,” the statement said.