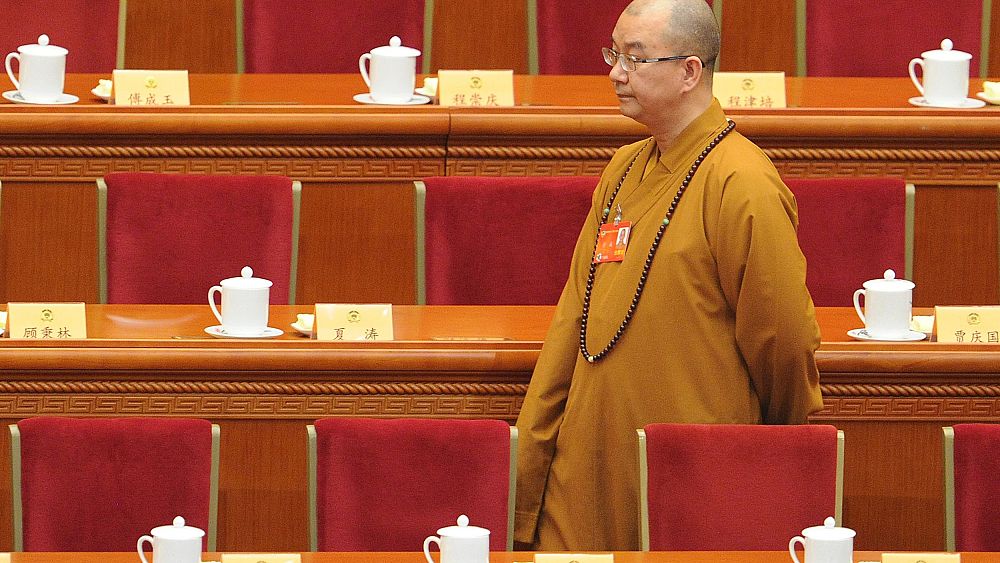 BEIJING — China’s burgeoning #MeToo movement saw its most explosive allegations yet this week after one of the country’s top Buddhist monks was accused of using his position to threaten and coerce nuns into having sex with him.

Abbot Xuecheng and his temple have vehemently denied accusations that he sent explicit text messages and used “mind control” over his disciples.

Xuecheng and the Longquan Temple, where he is based in Beijing, said the whistleblowers who reported the allegations had “forged materials, distorted the facts, disseminated false reports and framed the eminent Buddhist monk.”

“He uses text messages to tease and induce the sexual desire of the female disciples, make them depend on him and then control them”

Xuecheng, 51, is president of the Buddhist Association of China and an adviser to the government. He has more than 1 million followers on China’s Twitter-like Weibo social network.

Like most Buddhist monks he has taken a vow of celibacy.

The allegations came to light after one of the nuns allegedly showed some of the text messages to two monks from the temple. The monks, Shi Xianjia and Shi Xianqi, subsequently compiled a 95-page report and sent it to government officials. It was widely circulated online Wednesday.

China’s State Administration of Religious Affairs issued a statement Thursday saying it was “highly concerned” and had launched an investigation.

The report also made the pages of China’s state-run Global Times newspaper.

The allegations say that Xuecheng sent explicit text messages to at least six nuns and persuaded four of them to have sex with him. One of the nuns told police last month that she was among “many nuns” sexually assaulted by their spiritual leader, the report says.

“He uses text messages to tease and induce the sexual desire of the female disciples, make them depend on him and then control them,” it added.

The report accused Xuecheng of “borrowing” tactics from “cult organizations,” including “mind control … to bring out the sexual desire which was originally restrained by morals or discipline.” It said he also separated women from their family and friends and restricted their phone and internet access.

As well as his role as the head of the Buddhist Association of China, Xuecheng is a member of the National Political Consultative Conference, a government body that advises on major decisions.

The Longquan Temple where he is based was founded more than 1,000 years ago and has earned a reputation as a center for new technology. It reopened in 2005 decked out with fingerprint scanners, webcams and iPads for studying sutras.

Its most famous invention is the Robot Monk, which can follow instructions, read scriptures and play Buddhist music.

Xuecheng has earned a reputation as the modern founder of this tech temple, and the chief proponent of using modern technology to teach Buddhism.

Dawn Liu and Eric Baulinao reported from Beijing, and Alexander Smith from London.