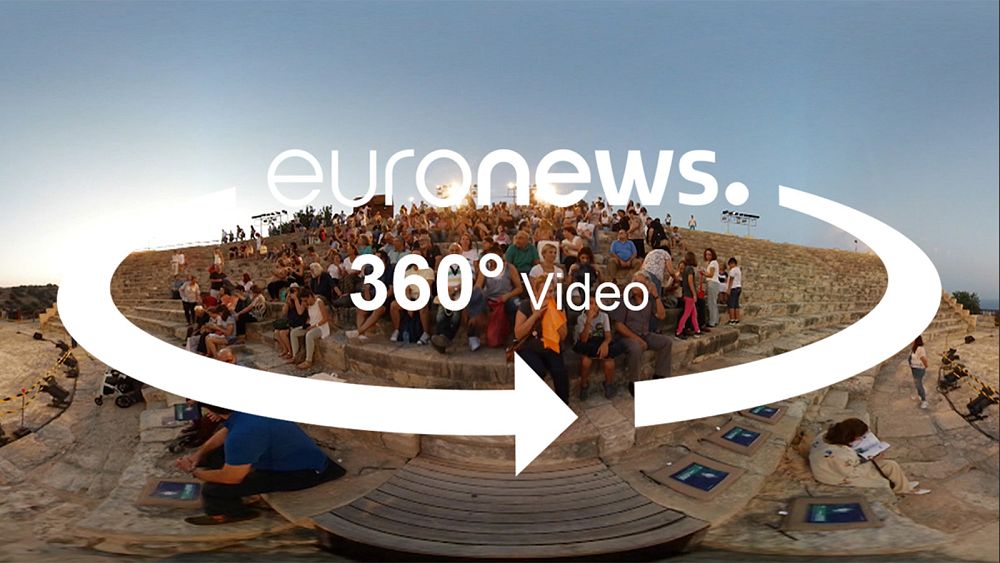 The International Festival of Ancient Greek Drama is an annual government-run event in Cyprus. With accomodation, travel and other expenses paid for over 30 theatre companies pitch every year for participation. This year only seven companies were selected, including groups from Greece, Romania, Georgia and Cyprus itself. The only other event of this kind in Europe is held in Greece. Staged in ancient amphitheatres, the audiences get a sense of how these dramas were performed 2,500 yearss ago.

“This festival is the only festival, where you can see ancient Greek drama productions, says festival director Christos Georgiou. “There are not only performances of ancient dramas from Cyprus, but also from Greece and from other countries around the world. The last few years the festival is growing and developing. It’s on an upward trend, thanks to growing audience numbers, but mostly thanks to the distinction of European recognition – the EFFE label ‘Europe for Festivals, Festivals for Europe’ (EFFE). This means our festival is now one of the best European festivals,” Georgiou adds.

The Roman theatre at Kourion is a testament to Cyprus’s multicultural heritage. The site has cultural strata dating back 3,000 years and has lived through Hellinistic, Arabic, Assiriam, Persian and finally Roman invasions. The latter left Cyprus with a site that had belonged to a wealthy Roman citizen, known as Eustolios. It has a breathtaking view of the Mediterranean and the Kourion Amphitheatre.

The National Theatre of Northern Greece‘s staging of Orestes by Euripides is given a modern setting at the festival. The company’s artistic director, Yannis Anastasakis, says it’s a deeply intense drama with themes that resonate today: “This piece gives us all the chance to confront what we experience today. The play is the story of Orestes and Electra. We are six days after Clytemnestra’s death, after her assassination by her children.

“Orestes, Electra and Pylades are faced the punishment ordered by the people’s assembly. It has to do with their own deaths. In this piece, the focus is on fraternal love, friendship and a state in crisis. A society with many responsibilities which it doesn’t want to accept,” he says.

Orestes is a sequel to Electra, an earlier play by Euripides in which Orestes kills his mother, Clytemnestra in an act of revenge. In the course of the drama, both Orestes and his sister Electra are sentenced to death by the city’s assembly. As they concoct a plan of bloody revenge, Appollo arrives as a god, forcing a peaceful solution on everyone. Historians believe the music for one of the main arias of was written by Euripides himself.