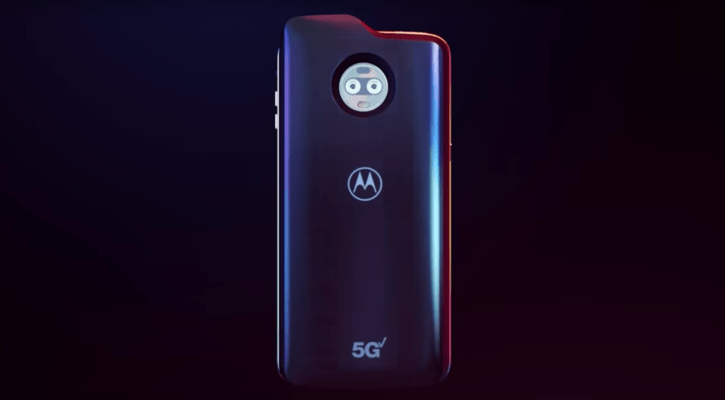 Say what you will about the success or general usefulness of the Moto Mod line — Motorola keeps plugging away. The company currently offers 17 Mods with an 18th on the way, bringing one of the most interesting use cases yet.

Along with the new Moto Z3 handset, Motorola unveiled a Mod that will bring 5G connectivity to the entire line via Verizon’s nascent network. Due out early next year for an undisclosed sum, the new Mod presents an interesting workaround to the pains of introducing a next-generation network to a handset.

With this backdoor approach, the company is able put the Z3 up for sale on August 16th, and work another half-year or so to get its ducks in a row on the 5G front. Perhaps Verizon’s 5G coverage map will be a bit more dense by then, though at present, the company has only announced three cities — Houston, Los Angeles and, oddly, Sacramento. A fourth unnamed city is also on tap to get coverage by the end of the year.

At the very least, this lets Motorola tout the claim of being one of — if not the — first phones to offer the technology to U.S. customers. The company also claims that putting this tech directly into the phone would have been much more resource intensive than just sticking it and an extended battery inside the mod.

I’m not sure how much I buy that line of reasoning, but it certainly helps keep the cost of the handset down — the new Z3 will be available for $480 unlocked. The company has long focused on providing budget options for users, and that’s certainly the case here, helped along by some good — but last-generation — silicon like the Snapdragon 835.

Motorola also likely didn’t feel confident that most users would be willing to take the plunge on a 5G phone at this early stage. As for the phone itself, it looks pretty similar to the recently introduced Moto Z3 Play in most respects. There’s a six-inch display, a 3,000mAh battery and dual-cameras with depth sensing and Google lens built in. No word yet on whether Verizon will eventually bundle the phone with that new mod.