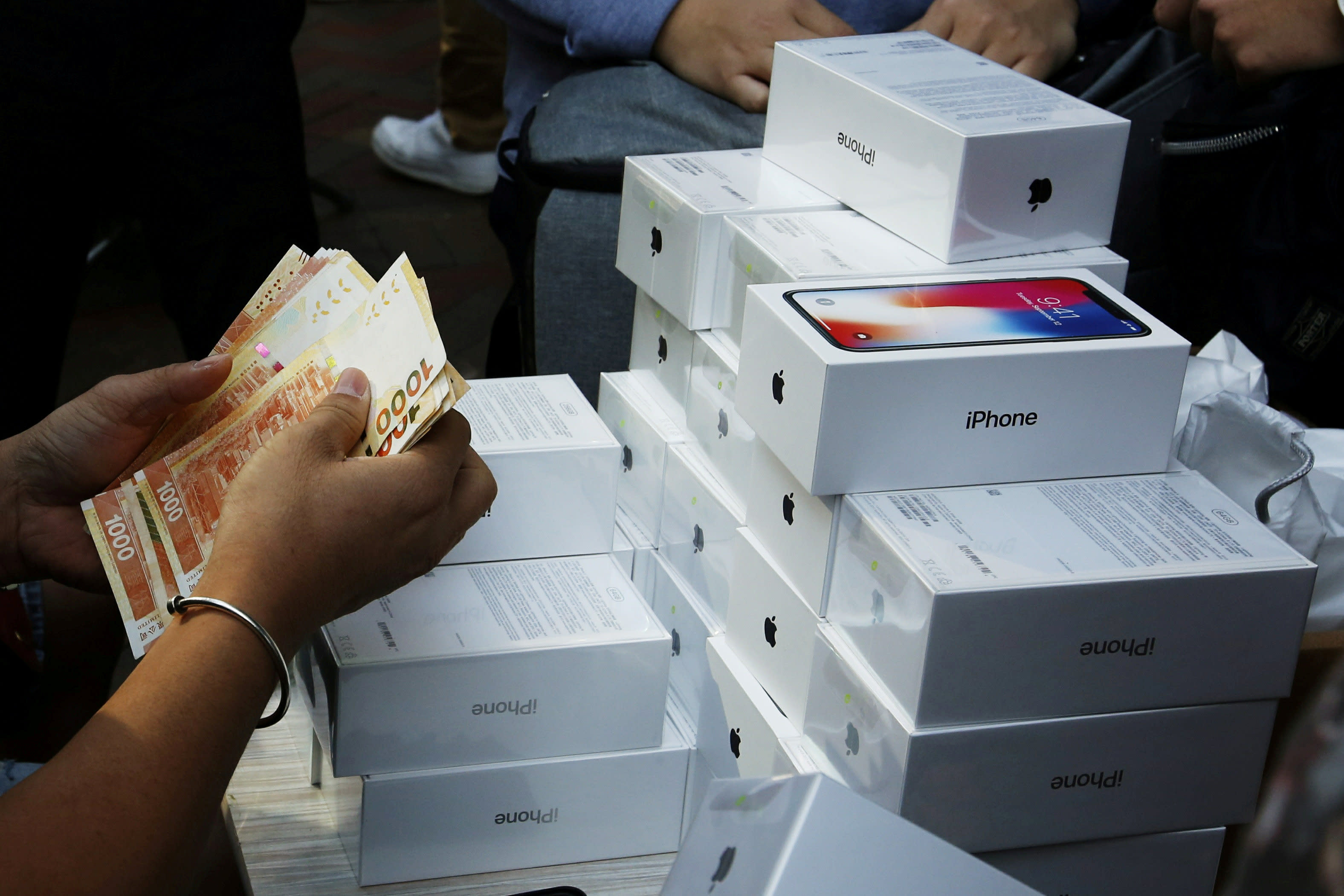 The tech company’s stock jumped 2.9 percent to end the day at $207.39, giving it a market capitalisation of $1.002 trillion. During the session, Apple’s stock market value reached as much as $1.006 trillion.

Apple has rallied about 9 percent since Tuesday, when it reported June-quarter results above expectations and said it bought back $20 billion of its own shares. It was Apple’s best-two-day run since April 2014.

Started in the garage of co-founder Steve Jobs in 1976, Apple has pushed its revenue beyond the economic outputs of Portugal, New Zealand and other countries. Along the way, it has changed how consumers connect with one another and how businesses conduct daily commerce.

Apple’s stock market value is greater than the combined capitalisation of Exxon Mobil (XOM.N), Procter & Gamble (PG.N) and AT&T (T.N). It now accounts for 4 percent of the S&P 500.

One of three founders, Jobs was driven out of Apple in the mid-1980s, only to return a decade later and rescue the computer company from near bankruptcy.

He launched the iPhone in 2007, dropping “Computer” from Apple’s name and super-charging the cellphone industry, catching Microsoft Corp (MSFT.O), Intel Corp (INTC.O), Samsung Electronics <005930.KS> and Nokia off guard. That put Apple on a path to overtake Exxon Mobil in 2011 as the largest U.S. company by market value.

During that time, Apple evolved from selling Mac personal computers to becoming an architect of the mobile revolution with a cult-like following.

Jobs, who died in 2011, was succeeded as chief executive by Tim Cook, who has doubled the company’s profits but struggled to develop a new product to replicate the society-altering success of the iPhone, which has seen sales taper off in recent years.

In 2006, the year before the iPhone launch, Apple generated less than $20 billion in sales and net profit just shy of $2 billion. By last year, its sales had grown more than 11-fold to $229 billion – the fourth highest in the S&P 500 (.SPX) – and net income had mushroomed at twice that rate to $48.4 billion, making it the most profitable publicly-listed U.S. company.

Jeff Carbone, co-founder of Cornerstone Financial Partners in Charlotte, North Carolina, has included Apple in his clients’ portfolios for about a decade. Recently, some of his older clients have bought Apple shares for their grandchildren.

“We still see upside from it, and as new money gets deposited we continue to buy, preferably on the dip,” Carbone said.

Apple’s stock has risen over 30 percent in the past year, fuelled by optimism about the iPhone X, launched a decade after the original. Also propelling Apple higher in recent months was Apple’s announcement that it earmarked $100 billion for a new share repurchase programme.

In its report on Tuesday, Apple sales led by the iPhone X, which sells for about $1,000, pushed quarterly results far beyond Wall Street targets, with subscriptions from App Store, Apple Music and iCloud services bolstering business.

“The markets are starting to recognise the value of its platform and services more and more, and that’s what is being reflected in the increase in market capitalisation,” said Brad Neuman, Director of Market Strategy at Alger, a growth equity asset management firm in New York City.

Even with its $1,000,000,000,000 stock market value, many analysts do not view Apple’s shares as expensive. Shares of Apple this week traded at about 15 times expected earnings, compared to Amazon at 82 times earnings and Microsoft at 25 times earnings.

Adjusting for four stock splits over the years, Apple debuted on the stock market for the equivalent of 39 cents a share on Dec. 12, 1980, compared to Thursday’s high of $208.38.

In 2007, Chinese government-controlled PetroChina <601857.SS> briefly reached a stock market value of about $1.1 trillion following its public listing in Shanghai. It is now worth about $200 billion, according to Thomson Reuters data.

One of five U.S. companies since the 1980s to take a turn as Wall Street’s largest company by market capitalisation, Apple could lose its lead to the likes of Alphabet Inc (GOOGL.O) or Amazon.com Inc (AMZN.O) if it does not find a major new product or service as global demand for smartphones loses steam.

Hot on Apple’s heels is Amazon.com, the second-largest listed U.S. company by market value, at around $880 billion, closely followed by Google-owner Alphabet and by Microsoft.

(For a graphic on ‘Apple revenue by segment, product units’ click https://tmsnrt.rs/2LNgw6q)