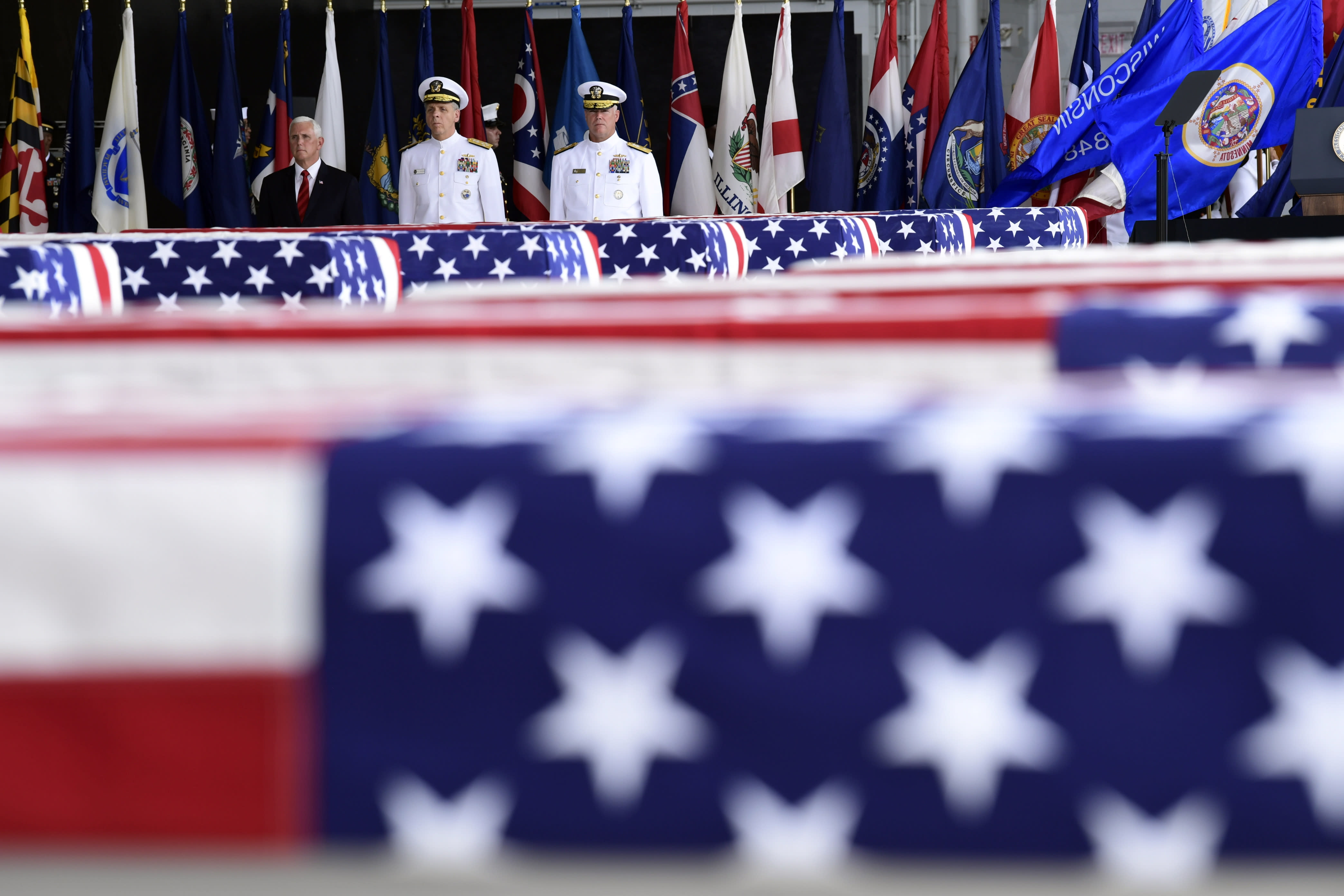 The U.S. military is beginning the painstaking process of analyzing remains from the Korean War now that they are back on American soil after having been handed over by North Korea last week.

Vice President Mike Pence and the top commander of U.S. forces in Asia, Adm. Phil Davidson, received the remains contained in 55 caskets during an emotional and solemn ceremony Wednesday after the caskets arrived by military cargo jets from South Korea.

“They were husbands and fathers, brothers and neighbors — long gone, but never lost to the memory of their loved ones,” Pence said during the ceremony at a military base in Hawaii.

The homecoming comes 65 years after an armistice ended the conflict and after President Donald Trump received a commitment from North Korean leader Kim Jong Un, at their June summit in Singapore, for their return. (AP)