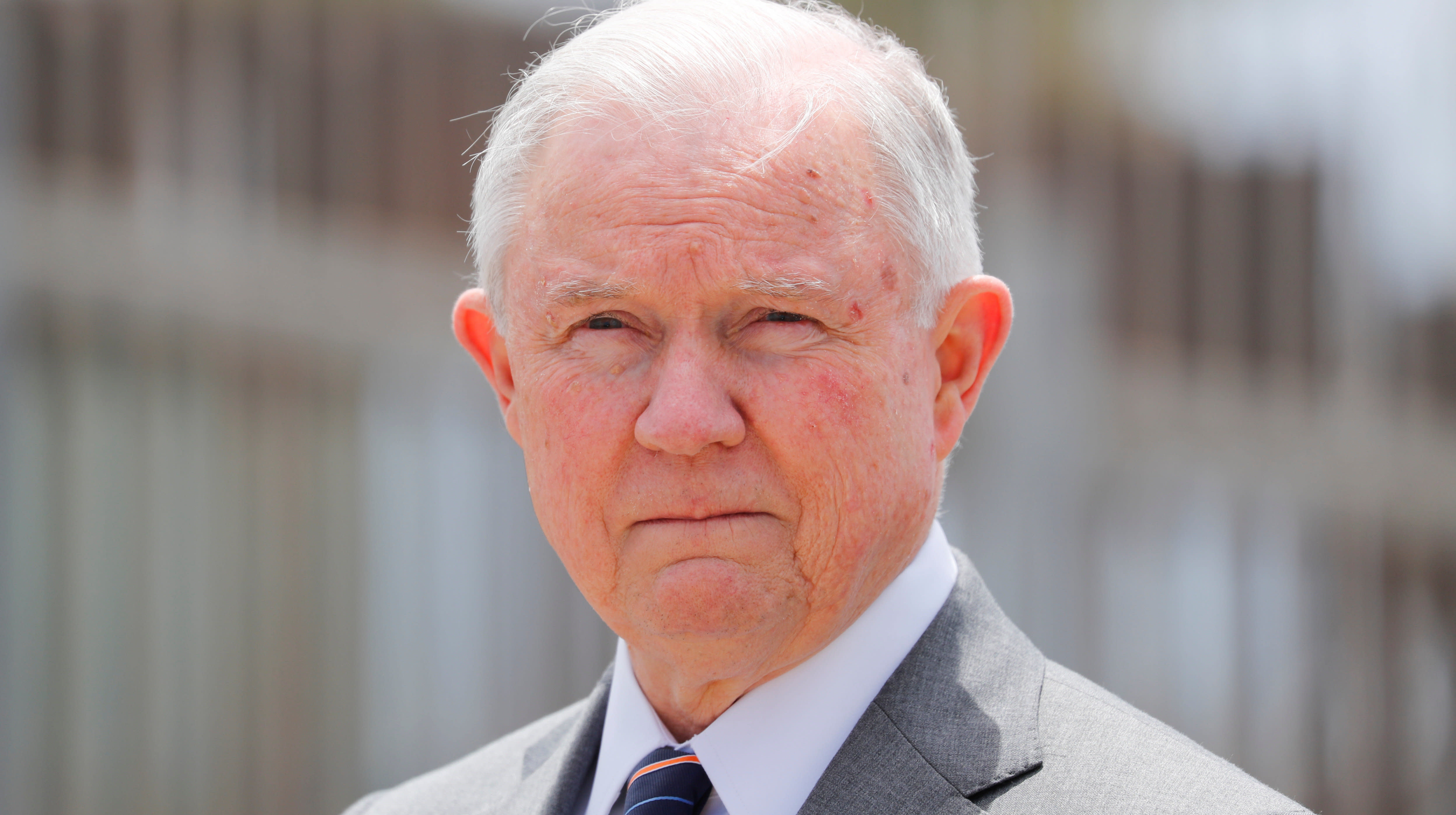 President Donald Trump on Wednesday said Attorney General Jeff Sessions “should stop this rigged witch hunt,” heightening his attacks on the special counsel’s investigation into whether his campaign colluded with Russia in the 2016 presidential election and whether he obstructed justice.

..This is a terrible situation and Attorney General Jeff Sessions should stop this Rigged Witch Hunt right now, before it continues to stain our country any further. Bob Mueller is totally conflicted, and his 17 Angry Democrats that are doing his dirty work are a disgrace to USA!

The tweet will likely become part of special counsel Robert Mueller’s probe. Investigators have been looking at Trump’s Twitter rants to determine whether they’re part of an attempt to obstruct justice, The New York Times reported last week.

Sessions recused himself from matters involving the investigation last year, after he lied about his meetings with Russian officials while an adviser to Trump’s campaign. His deputy later appointed Mueller as special counsel to pursue the probe.

Since then, Trump has frequently raged at Sessions. He has suggested the attorney general should not have recused himself and has lamented naming Sessions to the Cabinet post.

Trump’s new tweet tirade came as the public gets a deeper view of Mueller’s investigation. A trial began Tuesday for former Trump campaign chairman Paul Manafort, who has been charged with money laundering and fraud related to his work as a pro-Russia lobbyist in Ukraine.

Trump, who has repeatedly tried to distance himself from Manafort by citing his “short time” with the 2016 campaign, claimed Wednesday that the trial had “nothing to do with Collusion” and again referred to Mueller’s investigation as “a Hoax.”

Paul Manafort worked for Ronald Reagan, Bob Dole and many other highly prominent and respected political leaders. He worked for me for a very short time. Why didn’t government tell me that he was under investigation. These old charges have nothing to do with Collusion – a Hoax!

Trump and his supporters in Congress and the conservative media have regularly attacked Sessions and other top law enforcement and intelligence officials as part of an effort to undermine and discredit Mueller’s investigation.

Rudy Giuliani, Trump’s attorney, later downplayed the tweet and insisted the president had been sharing “his opinion” rather than giving an order.

“The President was expressing his opinion on his favored medium for asserting his First Amendment right of free speech. He said ‘should’ not ‘must’ and no Presidential order was issued or will be,” Giuliani said in a statement to reporters.

“It’s not an order. It’s the president’s opinion,” she told reporters Wednesday at the White House press briefing.

This article has been updated with statements from Giuliani and Sanders.