Who owns the UK? This question once upon a time was an easy answer – royals and nobility. But in more recent times property investments has opened up to many, with charity and foreign businesses taking a piece of the pie. 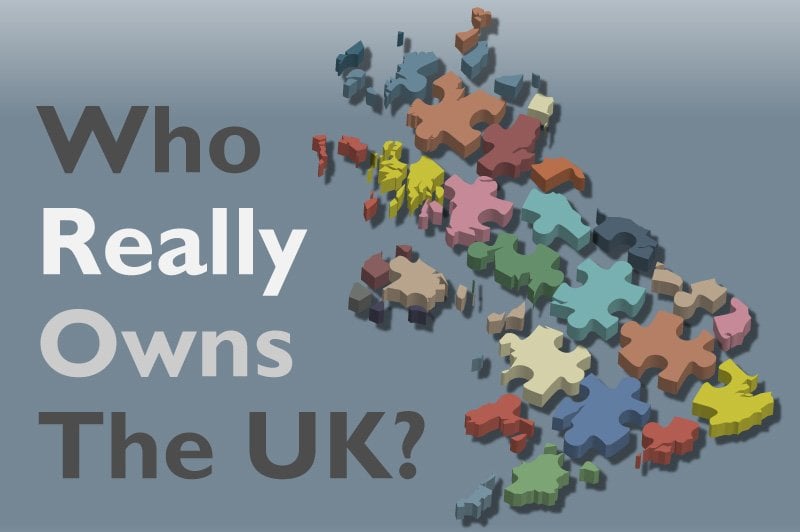 It’s not hard to see why – in 2018 there were over 750,000 property millionaires in Britain. So, then who owns this island? New research by ABC Finance Ltd. sets out to answer this puzzling question. 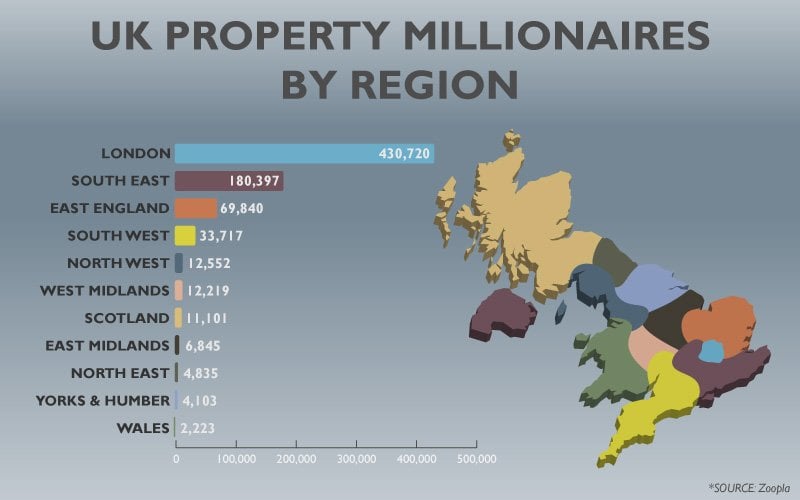 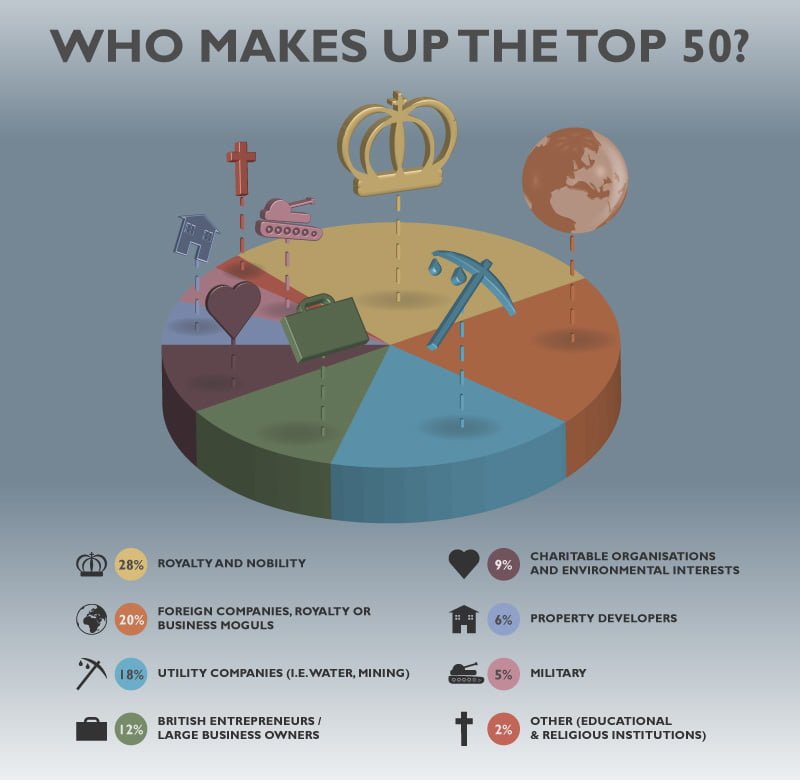 Their research shows that surprisingly, charitable organisations and environmental interests own more land than the royal family. In fact, they own double the amount of land than the Royals. The British Royalty and Nobility control just 3% of the UK, with the crown estate placing third in the UK land ownership leaderboard. 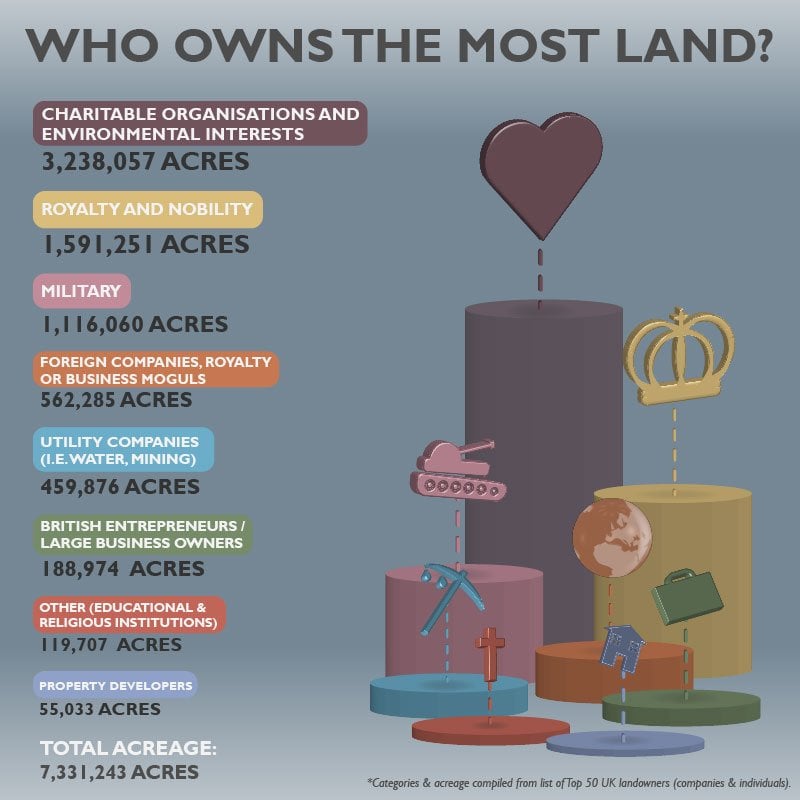 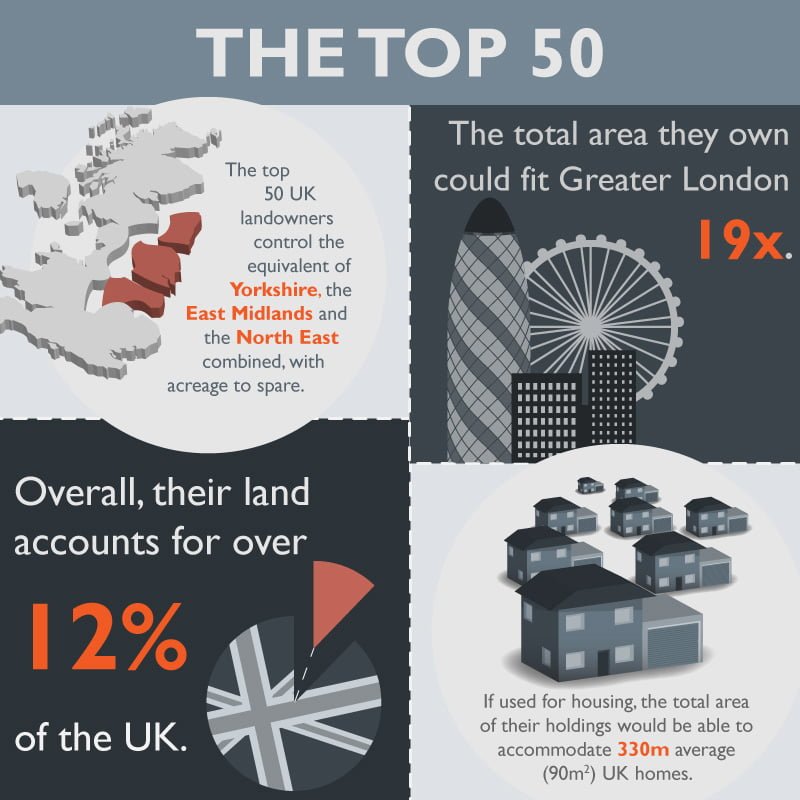 So how much does Queen Elizabeth II personally own? From a list of the Top 50 Landowners in the UK, the Queen only places 35th, with 20,000 acres of land in her possession. Still, this land could fit Buckingham Palace into it over 1,000 times. Whilst the leader of the top 50 UK land owners with 2,200,000 acres is the Forestry Commission, closely followed by the Ministry of Defence with 1,101,851 acres. 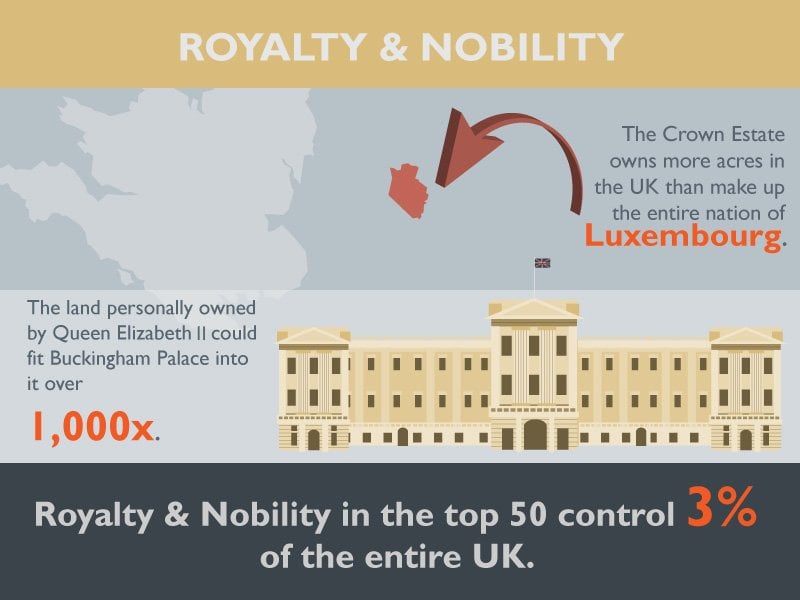 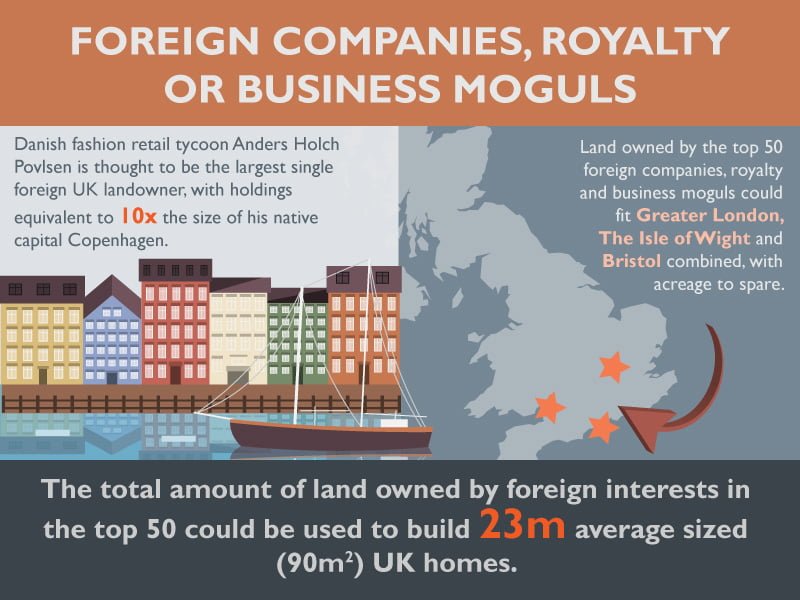 Is the UK owned by UK residents? Apparently not. Astonishingly, foreign companies, royalty or business moguls make up a significant proportion of the top 50. Substantial enough to build 23m average sized UK homes. 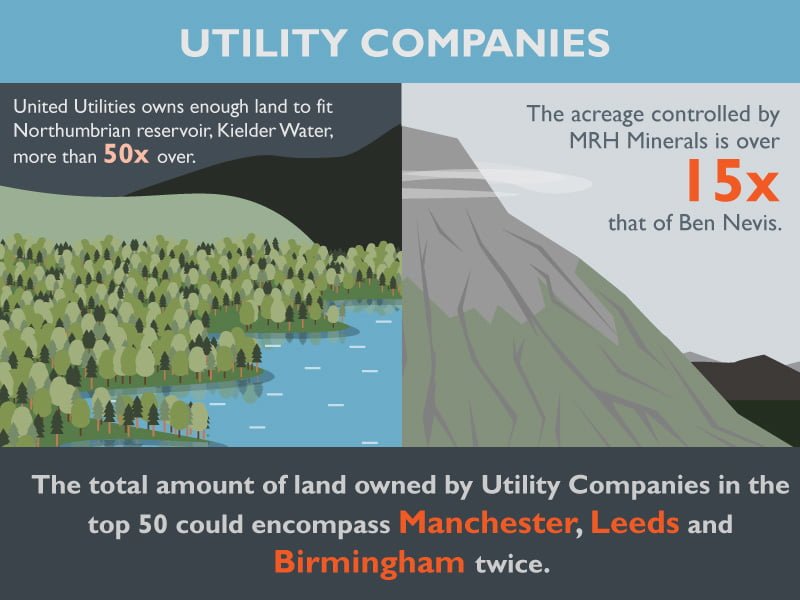 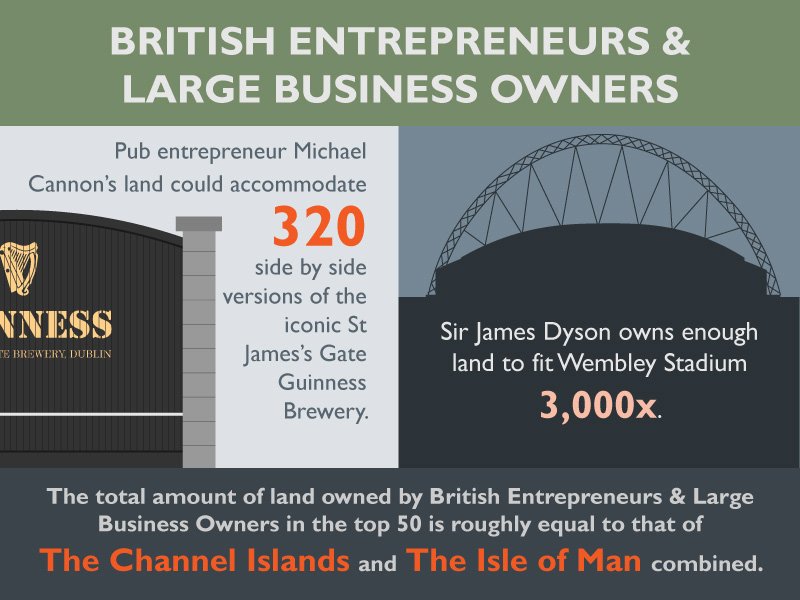 The top of the foreign landowner is believed to be retail tycoon, Anders Holch Povlsen. The fashion retail mogul owns Vero Moda, Jack & Jones and a whopping 218,364 acres of the UK. That’s 10 times the size of his native capital Copenhagen. Povlsen owns 36% more acres than the 7th Duke of Westminster and 38% more than Duchy of Cornwall. 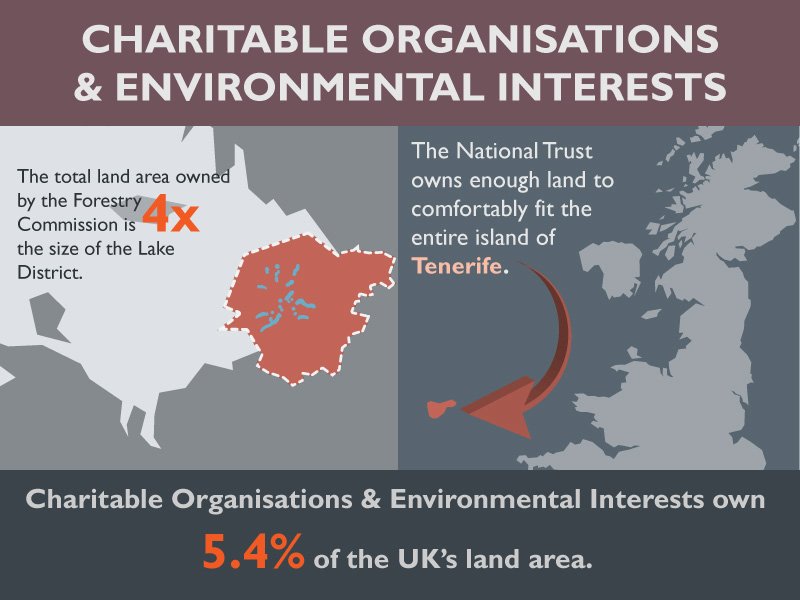 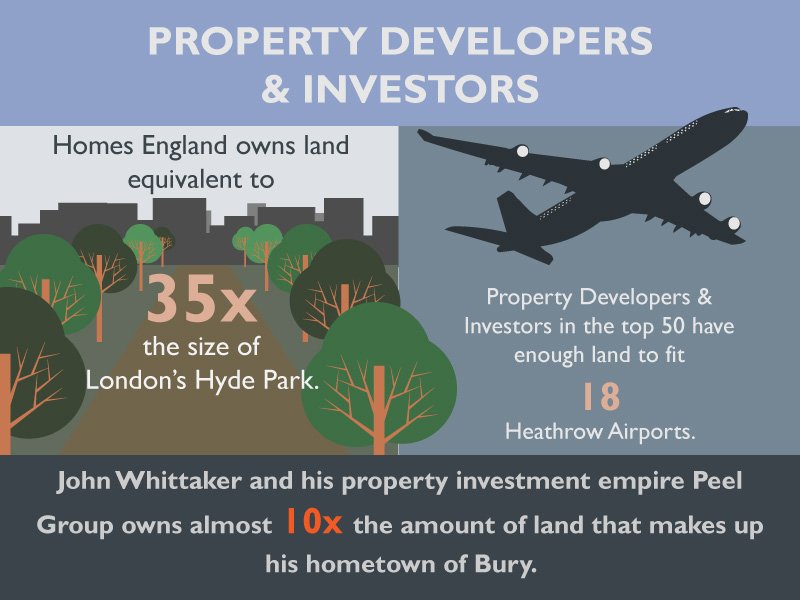 Other foreign companies and individuals, such as Cheung Kong Infrastructure Holdings (17th place) and Sheikh Mohammed Bin Rashid Al-Maktoum (19th place) reside high on the list, together owning 132,294 acres. Both of these foreign property moguls own more than the 12th Duke of Beaufort, Henry Somerset and Hugh Lowther, 8th Earl of Lonsdale. Even owning more than some British entrepreneurs and large business owners. 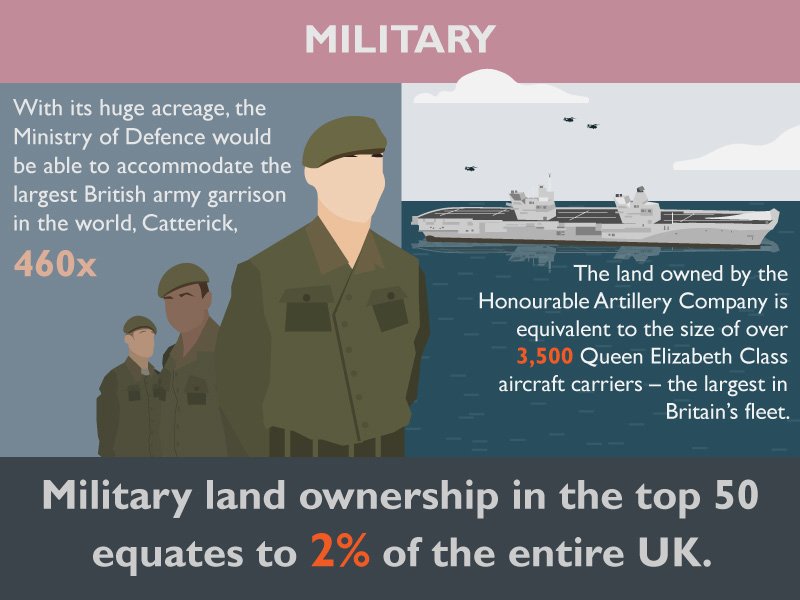 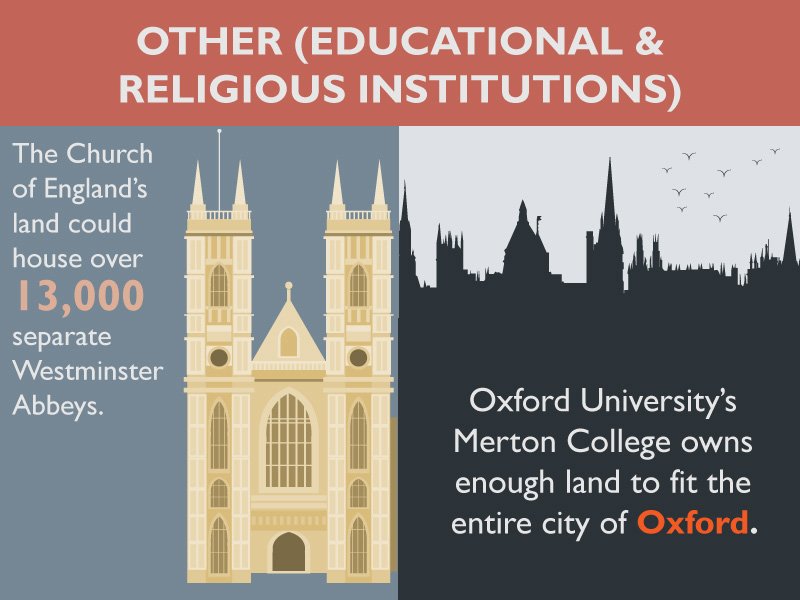 Leading the UK land ownership amongst the British entrepreneurs is the British inventor and founder of the Dyson company. Amazingly, Sir James Dyson owns enough land to fit Wembley Stadium 3000 times over and 13,000 more acres of land than the Queen. However, Michael Cannon, the pub magnate owns 20% less than Queen Elizabeth II but remarkably his land is enough to accommodate 320 side by side versions of the St James’s Gate Guinness Brewery.