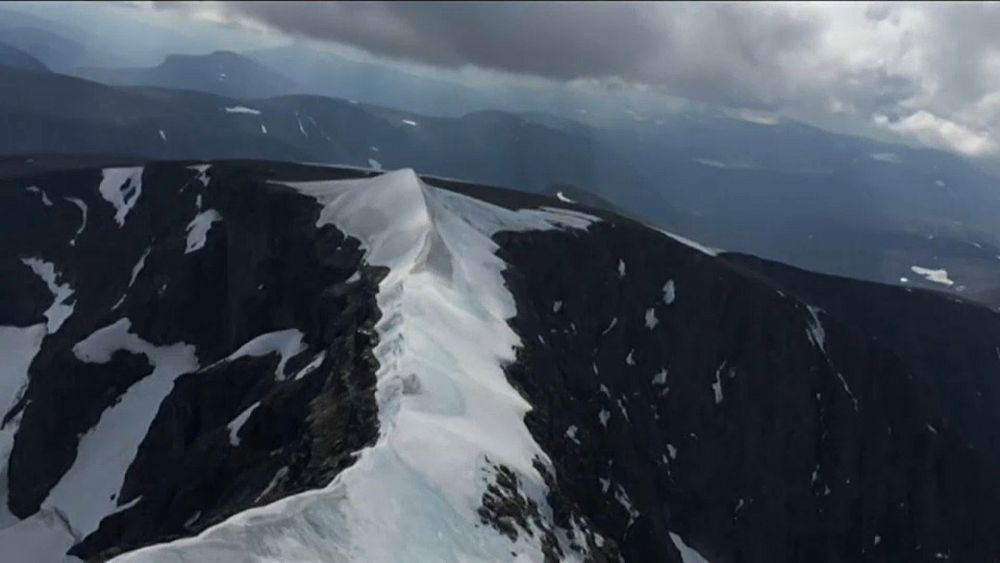 From the Swedish Arctic Circle all the way to the beaches of the Iberian peninsula, Europe is sweltering.
Ice on the glacier-capped southern top of Kebnekaise mountain has melted so much this summer that it is no longer Sweden’s highest point. It has lost four meters making it only the second highest peak. The mountain has become a symbol of climate change in Sweden which has endured its hottest July on record, severe drought and some of the worst forest fires the country has ever seen.

We spoke live to Prof. Gunhild Rosqvist, head of the Tarfala Research Station who made the discovery.

“We can estimate the melt rate based on temperature measurements. We know that it has melted because it is very hot,” she previously told the New York Times. “We are going to measure again later this summer when the melting stops. In a month, we’ll know how bad it is.”

She described the shrinking peak as ‘symbolic of climate change’ saying it represented marked shifts for animals and vegetation and badly affected the region’s reindeer herders.

“The snow is disappearing so that not even the reindeer can find a place to get relief from the sun,” Professor Rosqvist told the Swedish newspaper Norrlandska Socialdemokraten.