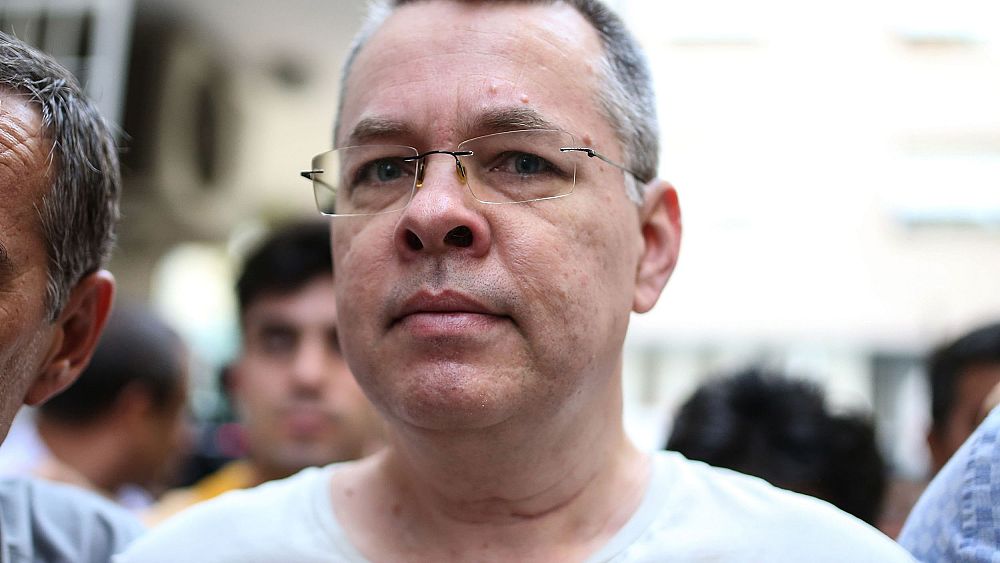 Secretary of State Mike Pompeo pressed Turkey on Friday for the release of detained American pastor Andrew Brunson, warning that the issue was “very serious.”
The White House this week slapped sanctions on Turkey’s justice and interior ministers over the case, which has badly strained relations between the NATO allies.

NASA scientist Serkan Golge, a U.S.-Turkish citizen convicted of terrorism charges that the State Department says are “without credible evidence,” is also imprisoned in the country.

Pompeo met with Turkish Foreign Minister Mevlut Cavusoglu on the sidelines of a Southeast Asian security conference in Singapore.

“Brunson needs to come home, as do all the Americans being held by the Turkish government,” Pompeo told reporters before the meeting. “It’s pretty straightforward. Pastor Brunson is an innocent pastor and they need to let him a return to the United States.”

He added: “We are going to work to see if we can find a way forward; I am hopeful that we can.”

Brunson, 50, was arrested in 2016 on charges of “committing crimes on behalf of terror groups without being a member” and espionage.

He was recently released from prison and put under house arrest but still faces a sentence of up to 35 years if he is convicted at his ongoing trial.

The evangelical pastor, who is originally from Black Mountain, North Carolina, has lived in western Turkey for 23 years.

“The Turks were on notice that the clock had run and it was time for Pastor Brunson to be returned and I hope they’ll see this for what it is, a demonstration that we’re very serious,” Pompeo said. “We consider this one of the many issues that we have with the Turks.”

State Department spokeswoman Heather Nauert said Pompeo and Cavusoglu “had a constructive conversation” and “agreed to continue to try to resolve the issues between our two countries.”

Speaking to Turkish journalists after the meeting, Cavusoglu also described the discussion with Pompeo as “constructive,” but added: “Nothing can be achieved through threatening language and sanctions.”