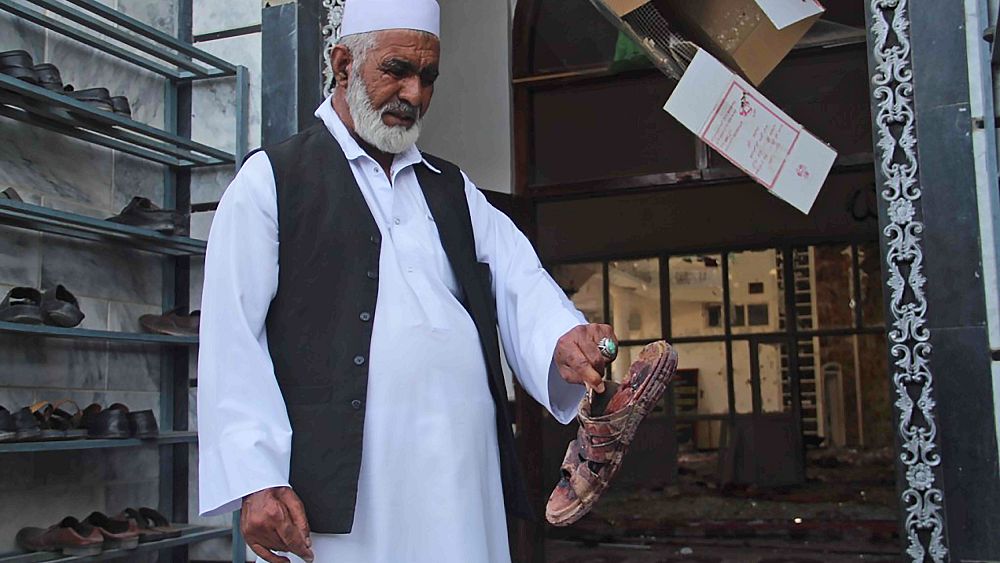 KABUL — Thirty-nine people were killed in a suicide bombing of a Shi’ite mosque in eastern Afghanistan, and the death toll may climb further, police and government officials said on Friday.
Two burka-clad militants attacked the mosque in the city of Gardez in the province of Paktia where more than 100 people had gathered to offer prayers, said Raz Mohammad Mandozai, the police chief of Paktia.

At least 80 people were injured when the men struck with guns and explosives at the Khawaja Hassan mosque.

Abdullah Hazrat, a senior government official, said the militants opened fire on the worshippers and one blew himself up. Security guards stationed at the mosque gunned down the other militant.

According to an eyewitness, the assailants had entered the prayer hall and were wearing full-face veils.

The attack underlines the country’s dire security situation after four decades of war and 17 years of U.S. intervention. Islamic State increasingly claims responsibility for attacks on civilian targets even as pressure builds for peace talks between the Western-backed government and the Taliban.

While Afghanistan’s wars have mostly been fought among Sunni Muslims, there have been increasing numbers of attacks on Shi’ite targets in recent years.

No reliable census information exists on the size of the Shi’ite community in Afghanistan, but estimates range around 10-15 percent, including most members of the Persian-speaking Hazara ethnic group and some Tajiks.