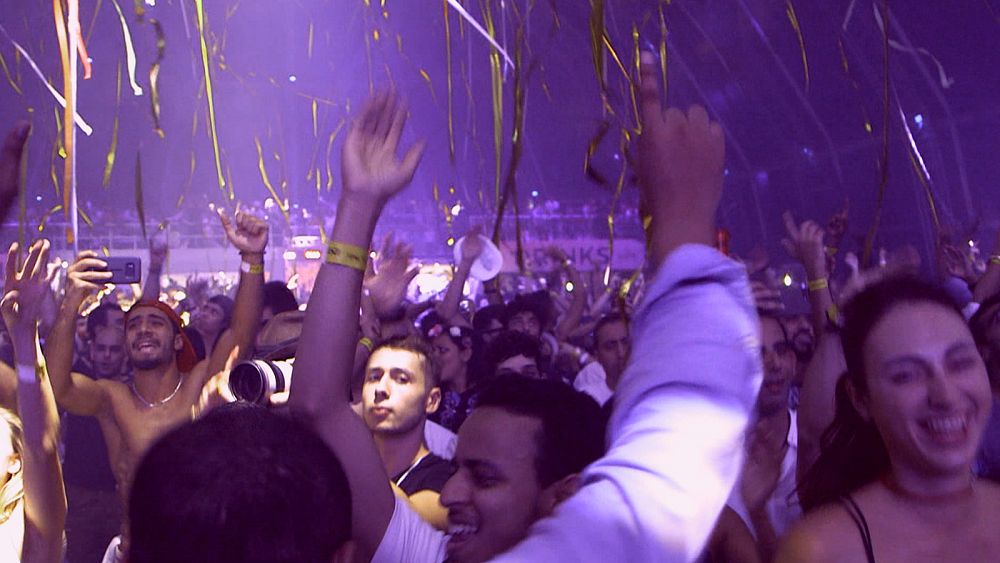 Tomorrowland, an electronic dance music festival that started in Europe thirteen years ago, attracted fans from around the world to Abu Dhabi on Saturday, July 28th.

Beamed onto giant screens in the capital’s Yas Island, was a live satellite stream from the festival’s main stage in the Belgian town of Boom. The feed was simultaneously broadcast in five other countries – including Italy, Malta, Mexico, Lebanon and Spain.

EDM fans from all around the world get together for Tomorrowland

Whilst Dutch DJs Armin van Buuren, Afrojack, Dimitri Vegas and Like Mike boomed their tracks all the way from Belgium, live acts also brought fans to their feet in Abu Dhabi.

Headlining this year’s line-up in the capital, ‘Lucas and Steve’ performed their hit club collaborations ‘Summer on You’ and ‘These Heights’, which has received millions of views online to date.

For these travelling artists, the crowds in UAE were more than they could have hoped for.

“We noticed immediately the huge energy that everybody was giving during the show,” says Lucas de Wert.

“We heard a lot of stories about the Middle East and it’s really growing music-wise,” Steven Jansen added, “EDM is becoming the next big thing and that’s what we saw.”

Omar Basaad plays his set at Tomorrowland in Abu Dhabi

Having appeared with international performers of legendary status like Tiesto, Omar’s start in the business wasn’t always easy, especially as an emerging artist in a country where his craft was not as well-known.

“I got a lot of comments like, “Oh yeah, you’re from Saudi and you’re doing this kind of music’,” says Basaad.

With Saudi Arabia’s cultural scene opening up, Bassad is hopeful that electronic music will gain in popularity.

Mohamad from Lebanon flew all the way to Belgium to see the main performance of Tomorrowland, saying that the “love was everywhere”.

And Ahmad from Palestine danced the night away at Tomorrowland in the UAE’s capital, calling it “one of those perfect nights.”