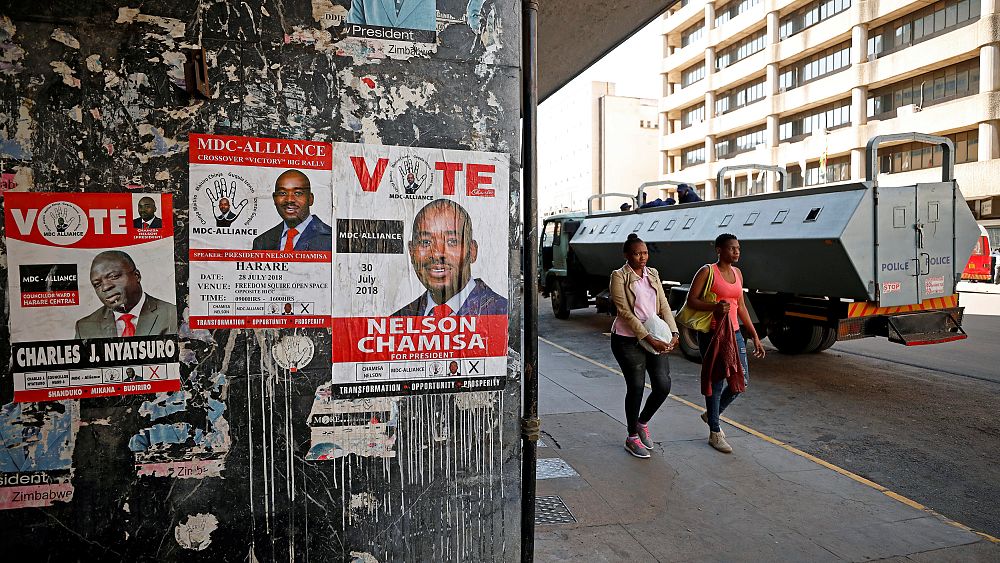 Zimbabweans have erupted on social media after election results revealed overnight that Zanu-PF’s Emmerson Mnangagwa had won a majority with 50.8% of the vote.
His opposition, MDC Alliance’s Nelson Chamisa, received 44.3% of the vote.

Mnangagwa said he was “humbled to be elected” in a victory tweet, adding that despite divisions between the population at the polls, “we are united in our dreams”.

This sentiment of “united dreams” seemed to be shared by the ordinary Zimbabweans on social media, regardless of their personal feelings about the incumbent president. Many, whether expressing sadness or joy over the declared result, had similar ideas for the changes they expected to see in the African nation going forward.

Twitter user ShumbaMurambwi, based in Zimbabwe’s capital Harare, said he voted for Mnangagwa, but that the president now faced “a huge task” in combatting unemployment levels and the quality of employment.

The same views were shared by those who did not support Mnangagwa as Zimbabwe’s president.

“So I guess it’s five more years of rates, no water, load shedding, no or low paying jobs which pay next to nothing…” the following Twitter user wrote.

Unemployment and the quality of employment available is a longstanding debate in Zimbabwe.

Citizens who supported neither Mnangagwa nor his opponents echoed the apathetic feeling, saying the election showed “a clear sign of something that is not right in our motherland…”

What’s next for Zimbabwe?

The opposing MDC Alliance has rejected the result, claiming the elections were rigged.

And the streets of Harare remained relatively quiet following the post-election violence on Wednesday, in which the army opened fire on protesters, killing at least 3 people.

Some Zimbabweans said they were considering leaving the country as a final option.

“Wondering if at 30 [years-of-age], selling everything, packing bags and just disappearing into Europe is that bad an idea,” one wrote on Twitter. “Order is un-African.”

Many citizens have also tried to crunch the numbers after election results were released, apparently reporting discrepancies in voter turnout.

But UK-based Zimbabwean lawyer Alex T Magaisa urged for calm in the immediate aftermath of the ballot.

“There’s frustration, anger and a feeling off despair and betrayal. But cool heads at this time,” he said. “The devil is in the detail. Clinical look at the numbers. Identify and compile anomalies. A clean mandate is good for Zimbabwe, so whatever questions arise must be answered.”