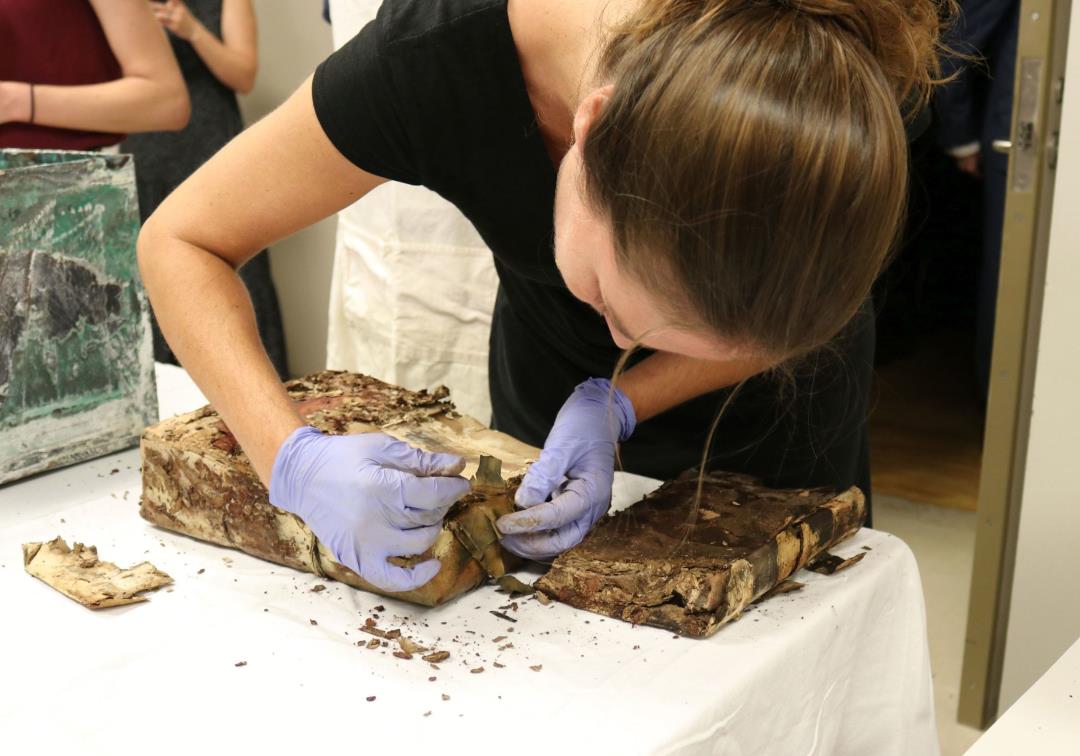 (Newser) – Turn-of-the-century tour books, lots of Confederate cash, a post-Civil War medal from a Union veterans’ group, and a flag too tattered by time to tell whether it was US or Confederate were among items removed Friday from a 1913 time capsule buried beneath a Confederate monument in New Orleans, the AP reports. The statue of the Confederacy’s first general, PGT Beauregard , was among four Confederate monuments removed last year. Its pedestal was removed last week. Stuck to the pedestal’s bottom was a copper box—a time capsule holding some items dating back to the Civil War. When the box and pedestal were separated, the box was open, according to Lt. Gov. Billy Nungesser. He spoke at a news conference as the box’s damp, musty contents were unpacked for the first time.

Two private conservators carefully removed a flag in clumps too delicate to unfold. What appeared to be the corners of a second flag, or perhaps a photo album, peeked out from a damp mass of paper. Louisiana’s emblem of a pelican pecking itself to feed its young could clearly be seen on a medal from the Department of Louisiana and Mississippi of the Grand Army of the Republic—a post-Civil War organization of Union veterans from all military branches. There were Confederate $5 and $10 bills, Louisiana bills of several denominations, $10 bills from Mississippi, and several bonds, including a City of New Orleans bond for $1,000 with about a dozen $30 coupons still attached. “The people that turned it over to us told us to make sure we take special care of the flags and the money, because if they are in decent shape, they could exceed hundreds of thousands of dollars in value,” Nungesser says. Click for the full story.