1) I had a new idea last night that’s easy to try out so here goes: Glenn and I are going to host a free, live Q&A webinar on Monday morning (8/6) starting at 8:00am (I assume it’ll last an hour, but maybe longer depending on the number of questions). Anyone, anywhere in the world, on any device is welcome to log in and ask us any questions: career advice, how to get a job at a hedge fund, how to find good stocks and avoid value traps, portfolio and risk management, managing through periods of poor performance, short selling, why I decided to close my fund, things to consider if you’re thinking of launching your own fund, how to raise $1 billion (or not), how to put together and give a great slide presentation, life lessons we’re learned from Buffett and Munger, the 12 questions to ask before you marry someone, how to avoid your marriage falling apart, the five calamities that can destroy your life, etc. Anything is fair game.

To join us, please register here: https://zoom.us/webinar/register/WN_WA8rIaFZSiya2aY3RKEpJA – it only takes a few seconds.

Get The Full Series in PDF

Get the entire 10-part series on Charlie Munger in PDF. Save it to your desktop, read it on your tablet, or email to your colleagues. 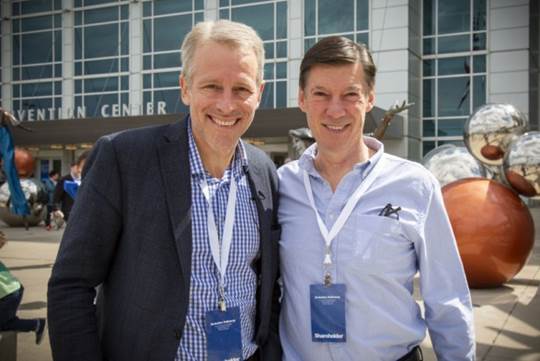 We’ll record it and make the video available if you can’t join us live. Depending on interest, maybe we’ll do this on a regular basis…

This idea emerged from two sources: a) We’ve had a great experience over the past week and a half teaching two dozen folks from all over the world via live webinar; and b) Last night, I spoke to the investment club at Columbia Business School. It was scheduled for an hour and a half, but I ended up staying and fielding questions for three hours – great fun!

2) We’ve just scheduled our next webinars (details attached and posted at: www.tilsonfunds.com/KaseWebinars.pdf), which will take place from Sept. 4-21 (15 2½-hour sessions):

To register and take advantage of our early bird pricing (which expires after August 15), go to www.kaselearning.com, scroll down, and select Register. Here’s the pricing:

Then, we’re teaching the same programs in person at the NYAC Sept. 24-28.

3) One of our students from our June seminar, Eric Schleien of Granite State Capital Management, interviewed me for his The Intelligent Investing Podcast, which you can listen to here (https://intelligentinvesting.podbean.com/e/interview-with-whitney-tilson) or on iTunes here (https://itunes.apple.com/us/podcast/the-intelligent-investing-podcast/id1205082419?mt=2) (one hour).

4) Michelle Celarier with an insightful and highly entertaining article about certain short sellers and their behavior on Twitter. Wild! Inside the Always Nasty, Frequently Sexist, and Often Litigious World of Financial Twitter, https://www.institutionalinvestor.com/article/b19b6swblfjyvh/Inside-the-Always-Nasty-Frequently-Sexist-and-Often-Litigious-World-of-Financial-Twitter. Excerpt:

Financial Twitter — like much of Twitter in general — is rife with anonymous voices spewing foul, even hateful language. It can be a dangerous place for many people — and not just women, though #metoo moments regularly happen there.

At a time when even the president of the United States’ tweets contain vicious and false statements, it should not be surprising that the same is true for Financial Twitter — also known as FinTwit — which has its share of blowhards, bullies, and bots.

“It’s like graffiti on the bathroom wall,” says ex-con-turned-fraud-consultant Sam Antar, who has gotten into a Twitter war of words with well-known short-seller Marc Cohodes over a disagreement about Overstock.com, a stock Cohodes is touting after previously betting against it.

At the same time, the social media site has become an indispensable tool for market participants as well as journalists, both as a place to disseminate information and to learn what’s going on the world, a modern-day news feed. For many it’s also a place to let off steam or try to share a view of the world — or at least to tout, or slam, a stock.

5) I love this story about Munger:

At 31 years old, Charlie Munger was divorced, broke, and burying his 9 year old son, who had died from cancer.  By the time he was 69 years old, he had become one of the richest 400 people in the world, been married to his second wife for 35+ years, had eight wonderful children, countless grandchildren, and become one of the most respected business thinkers in history.  He eventually achieved his dream of having a lot of money, a house full of books, and a huge family.  But that doesn’t mean he didn’t face unbelievable challenges and tragedies.

Charlie Munger at Berkshire, Made Available Through Attribution License by Nick

A few years later, in 1953, Charlie was 29 years old when he and his wife divorced.  He had been married since he was 21.  Charlie lost everything in the divorce, his wife keeping the family home in South Pasadena.  Munger moved into “dreadful” conditions at the University Club and drove a terrible yellow Pontiac, which his children said had a horrible paint job.  According to the biography written by Janet Lowe, Molly Munger asked her father, “Daddy, this car is just awful, a mess.  Why do you drive it?”  The broke Munger replied: “To discourage gold diggers.”

Shortly after the divorce, Charlie learned that his son, Teddy, had leukemia.  In those days, there was no health insurance, you just paid everything out of pocket and the death rate was near 100% since there was nothing doctors could do.  Rick Guerin, Charlie’s friend, said Munger would go into the hospital, hold his young son, and then walk the streets of Pasadena crying.

One year after the diagnosis, in 1955, Teddy Munger died.  Charlie was 31 years old, divorced, broke, and burying his 9 year old son.  Later in life, he faced a horrific operation that left him blind in one eye with pain so terrible that he eventually had his eye removed.

It’s a fair bet that your present troubles pale in comparison.  Whatever it is, get over it.  Start over.  He did it.  You can, too.  It is The Cinderella Principle.