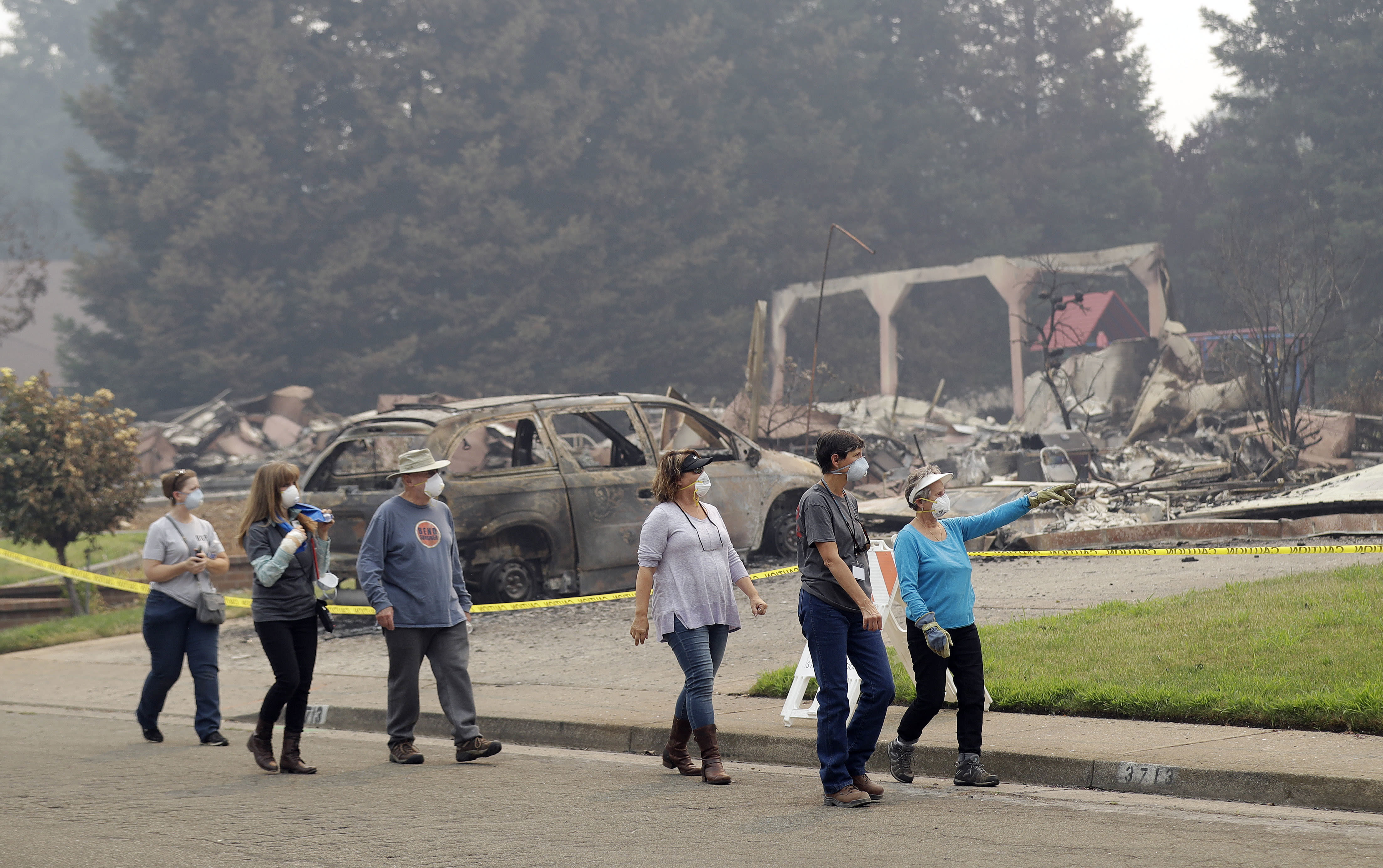 Authorities have ordered more evacuations in Northern California as fires continue to advance.

The orders were issued Thursday night for an area along the boundary of Mendocino National Forest and along portions of the border between Lake and Colusa counties.

The fires north of San Francisco have destroyed 16 homes and are threatening more than 8,000 buildings. State fire officials say the fires are in rugged terrain and continue to grow.

KCRA-TV reports that about 14,000 people are under evacuation orders.

The week-old fires have blackened more than 195 square miles (125,000 acres or 506 square kilometers). The fires are 39 percent contained but the U.S. Forest Service says they continue to grow rapidly thanks to hot, dry, windy weather and an abundance of tinder-dry brush.

Australia and New Zealand are sending firefighters to the United States to battle wildfires in California, Oregon and Washington state.

New South Wales state Rural Fire Service Commissioner Shane Fitzsimmons was at the Sydney Airport to bid farewell to 40 members of his service who are among more than 100 due to leave Australia on Friday to spend up to six weeks in the United States.

The New South Wales government says 188 from Australia and New Zealand will join the fight against wildfires blazing in the American West.

Some people in Northern California are returning to their neighborhoods to find their homes reduced to rubble and with signs that warn them of hazardous materials.

Carol Smith says going back Thursday to her neighborhood in the hills above Redding was overwhelming.

She says she has lived in that neighborhood with her 80-year-old husband for 29 years.

Standing before mangled melted metal and piles of bricks, the 77-year-old says they are not sure they will rebuild.

The couple were met at their home by disaster relief volunteers who gave them hugs as they stood on the sidewalk staring in disbelief at what’s left of their house.

The last remaining evacuation orders have been lifted for communities around an arson-caused wildfire in Southern California’s San Jacinto Mountains.

The so-called Cranston Fire is more than 90 percent contained Thursday after scorching more than 20 square miles (52 square kilometers) in the area around the town of Idyllwild and other small communities.

The fire erupted July 25 and chased thousands from their homes. A dozen structures including homes were destroyed, five others were damaged and three firefighters suffered injuries.

The fire near the town of Dufur, about two hours southeast of Portland, spread to more than 23 square miles (60 square kilometers) early Thursday.

The Oregon State Fire Marshal’s Office says dozens of structures are threatened — some have burned — and at least 400 people have been told to evacuate.

The fire, caused by humans rather than lightning, began Wednesday afternoon. By nightfall, Gov. Kate Brown declared it a conflagration, which authorizes the fire marshal to mobilize state-wide resources.

It’s the third major wildfire in the area this summer. One scorched 125 square miles (323 square kilometers) and killed a man.

After an unusually warm July, firefighters caught a break with cooler temperatures Thursday.

The California Department of Forestry and Fire Protection said Thursday firefighters made some gains and the blaze is now a third contained.

The fire burning for 11 days in and around the city of Redding is now 200 square miles (518 square kilometers).

It is now the sixth most destructive wildfire in California history and is threatening another 1,600 homes.

Fire crews battling another two wildfires burning 170 miles (273 kilometers) southwest of Redding made some progress thanks to increase humidity overnight.

CalFire says the blazes about 14 miles (22 kilometers) apart are threatening 12,000 homes. Firefighters increased containment of those fires to almost 40 percent.

Wildfires scorching Northern California from the Gold Country to the fringes of Yosemite National Park are also burning through California’s firefighting budget. At least $125 million has been spent just a month into the state budget year.

More than 13,000 firefighters are battling fires with the help of crews from as far away as Florida.

Gov. Jerry Brown repeated predictions from fire officials that California can expect a future of devastating fires, in part because of the changing climate.

The largest blaze burned in the Redding area, in Shasta County north of Sacramento. Six people, including two firefighters, have died and the fire has destroyed 1,058 homes and nearly 500 other buildings, including barns and warehouses.

That makes it the sixth most destructive wildfire in California history.