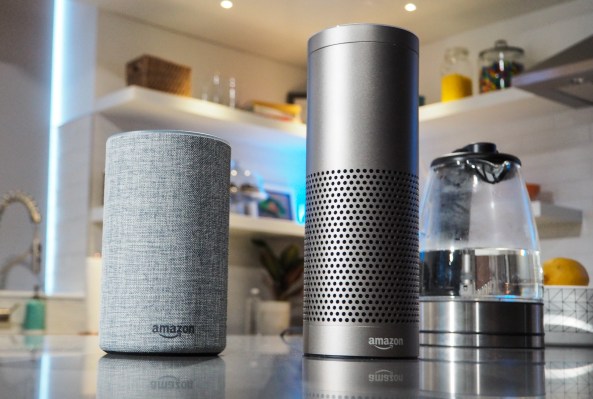 Some numbers published in a report from The Information reveal that very few owners of Alexa-powered devices use them for shopping. Of about 50 million Alexa users, only about 100,000 reportedly bought something via voice interface more than once. It’s not exactly surprising, but it may still harm the narrative of conversational commerce that Amazon and others are trying to advance.

The Amazon Echo and its brethren are mostly used for the expected everyday purposes of listening to music, asking what the weather will be like tomorrow and setting timers. All of these things are obviously things that phones do as well, but there’s something to be said for having a stationary hub for the more domestic tasks.

But part of the expectation of seeding the home with these devices has been that users would also make purchases using them: “Alexa, order more Oreos,” or “Alexa, buy a pair of Bose noise-cancelling headphones.” This always seemed rather odd, as people tend to want to look at items before buying them, to check reviews, to shop around for better prices and so on. Who would just buy something by telling their Echo that they want to?

Hardly anyone, it seems. That said, it would be a bit disingenuous to pretend that conversational commerce is anything other than one point in a litany of proposed uses for the likes of Alexa, running the gamut of credibility.

As a hub for increasingly common smart home devices, Alexa is a great choice and a common one. And although groceries and impulse purchases may not be something people do via voice, an Echo is a great seller of subscriptions like Spotify and Audible, not to mention future possibilities from queries like “Alexa, call me a plumber.” And of course there’s the whole behind-the-scenes industry of ads, promotions and clever use of voice data.

Why would anyone use these devices to shop? It’s like using a laptop as a hammer. Possible, but not recommended. The other stat The Information mentions is that a million people have tried buying stuff but only 100,000 continued. It may be that this side of e-commerce is merely not “mature,” that catch-all term that could mean so many things. But it may also just be that it’s not something people want to do.