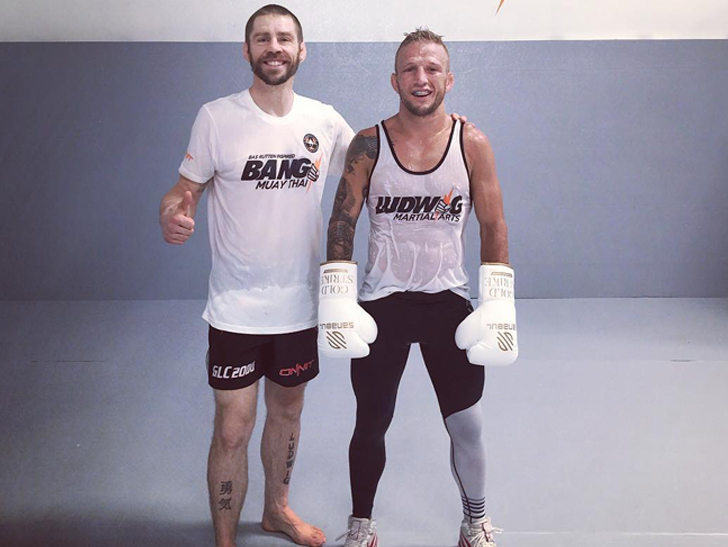 T.J. Dillashaw is the GREATEST martial artist to ever walk the face of planet earth … so says the UFC bantamweight champ’s coach.

T.J.’s coach Duane Ludwig tells TMZ Sports … not only is his fighter a champion … but he’s the best freakin’ fighter to ever live.

“There’s been no greater martial artist ever in the time of human history than T.J. Dillashaw right now, and he’s continuing to get better.”

FYI — Ludwig was a coach at Alpha Male (Urijah Faber and Cody Garbrandt‘s team) … before leaving and taking Dillashaw with him — igniting the beef between the squads.

There is 1 legendary martial artist who Ludwig thinks T.J. resembles — “He is literally the real life Bruce Lee.”

Dillashaw’s camp is obviously fired up right now — but do they have a point?