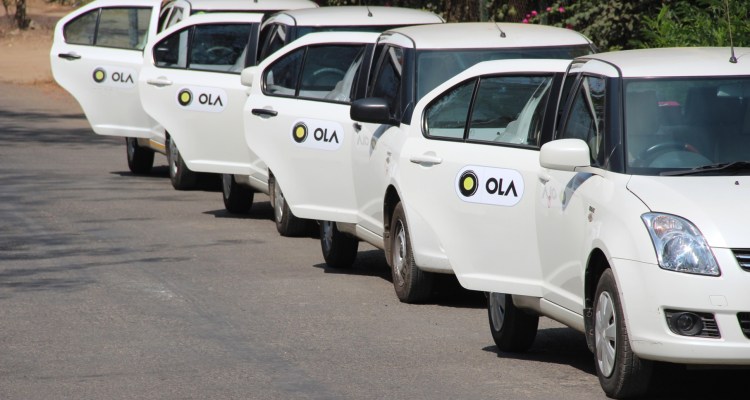 The UK is getting a new alternative to Uber after India-based ride-hailing company Ola announced plans to expand to the country, which will become its first market in Europe.

Ola was founded in 2010 and it covers over 110 cities in India where it offers licensed taxis, private hire cars and rickshaws through a network of over one million drivers. The company has raised around $3 billion from investors that include SoftBank, Chinese duo Tencent and Didi Chuxing and DST Global . It was last valued at $7 billion. Ola ventured overseas for the first time when it launched in Australia earlier this year — it is now in seven cities there — and its move into the UK signals a further expansion into Europe.

Ola’s UK service isn’t live right now, but the company said it will begin offering licensed taxi and private hire bookings initially in South Wales and Greater Manchester “soon.” Ola plans to expand that coverage nationwide before the end of this year. That will eventually mean taking on Uber and potentially Taxify — another unicorn startup backed by Didi which is looking to relaunch in the UK — in London and other major cities.

Ola CEO and co-founder Bhavish Aggarwal called the country “a fantastic place to do business” and added that he “look[s] forward to providing a responsible, compelling, new service that can help the country meet its ever demanding mobility needs.”

It’s no secret that Uber has struggled in London, where its gung-ho attitude to business — ‘launch first, apologize later’ — has seen it run into issues with regulators. Uber (just about) won a provisional 15-month transport license earlier this year following an appeal against the city’s transportation regulator, Transport for London (TfL) earlier rejected its application.

The’ New Uber’ — under CEO Dara Khosrowshahi — is trying to right the wrongs of the past, but compliance with regulators takes time and requires wholesale changes to business, operations and company culture.

Ola isn’t commenting directly on its rivalry with Uber — we did ask, but got a predictable “no comment” — but the tone of its announcement today shows it is focused on being a more collaborative player than Uber.

Indeed, there’s been much groundwork. Aggarwal met with regulators in London last year and he said in a statement released today that he plans “continued engagement with policymakers and regulators” as the Ola service expands across the UK.

International expansion is very much part of Ola’s ambition to go public, which Aggarwal recently said could happen in the next three to four years. But Ola isn’t alone in looking overseas. Didi, the firm that defeated Uber in China and has backed Ola, Taxify and many others, has also been busy moving into new markets.

Last year, the firm raised $4 billion to double down on technology, AI and go overseas and it has come good on that promise by entering Mexico, Australia and Taiwan. It also landed Brazil through the acquisition of local player and Uber rival 99 and it is preparing to go live in Japan, where it will operate a taxi-booking service through a joint venture with SoftBank.