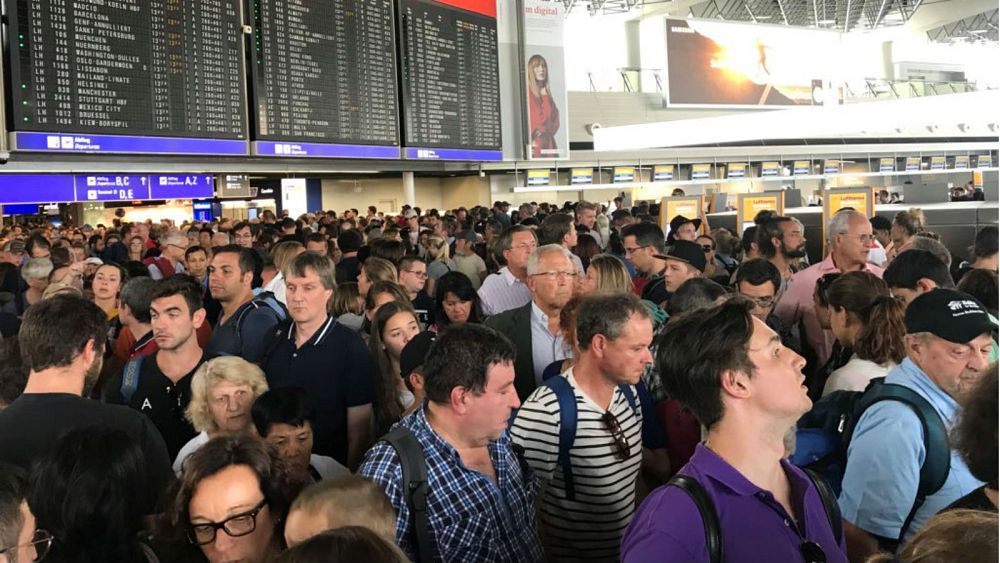 Parts of Frankfurt airport were evacuated for several hours on Tuesday, following a security scare involving a French family, federal police said.
In a tweet, police said the airport was evacuated because of a mistake by an air safety assistant.

“Despite a positive explosive test, a four-member French family was released into the security area. The family was found, questioned and allowed to travel further,” it said.

Details of the incident came after police announced shortly after 2.30pm CEST that affected areas of the airport had been reopened.

“Thanks to all passengers and airport staff for their understanding and disciplined behaviour,” police said.

The incident disrupted travel during the busy summer holiday season at Germany’s biggest airport, where 1,500 flights were scheduled to take off and land on Tuesday, according to operator Fraport.

The police action came a week and a half after a security scare involving a person who passed through an unmanned checkpoint at Munich airport, Germany’s second-biggest after Frankfurt.

That triggered an alarm which caused the cancellation of 300 flights and affected more than 30,000 passengers.