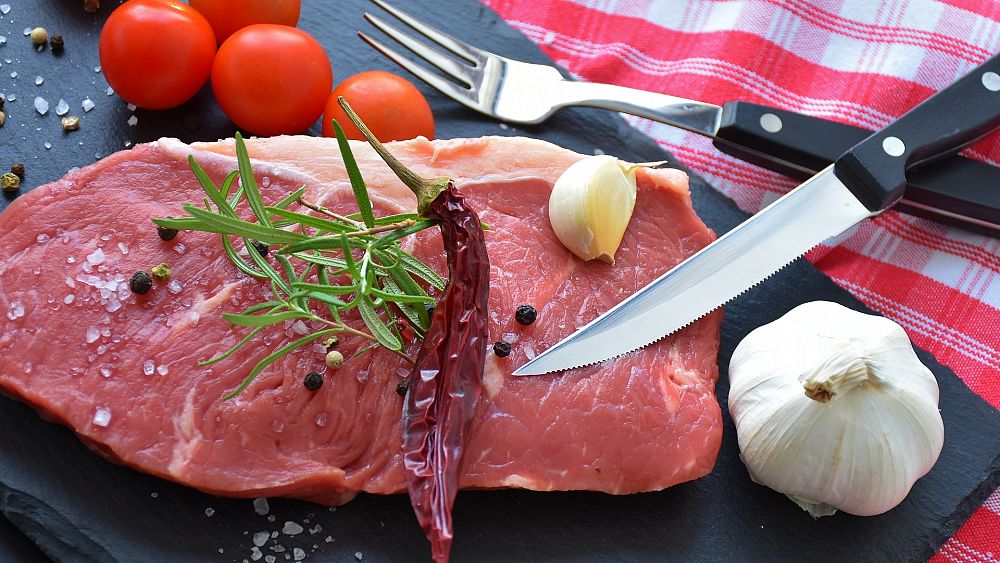 WeWork, the co-working mega-giant, recently instituted a new policy at its office spaces across the world: No more meat.

Amid some backlash, the company said the decision was an attempt to reduce its carbon footprint and overall impact on the environment. And while this is a truly noble mission, if you take a deep dive into the science of climate and carbon emissions, the policy starts to look half-baked. For one thing, it perpetuates a ubiquitous myth in climate change messaging that individual decisions are more important than the actions of industry.

Worst of all, the growing campaign against meat is shifting the focus away from the world’s worst carbon emitter — the fossil fuel industry. (One popular Netflix documentary in particular has gotten a lot of attention, despite its egregious factual errors.) Caring about the planet — and trying to do something about it — is a noble cause. But with the stakes as high as they are, accuracy in messaging is important. Indeed, the Trump administration just announced it is still planning on rolling back the fuel economy mandate set by the Obama administration. Now more then ever, it’s vital that we not to turn away from holding transportation’s feet to the fire.

Though WeWork did not wish to comment for this story, it did send the research that inspired its policy and the email that went out to staff from the company’s co-founder and chief culture officer Miguel McKelvey announcing the change. McKelvey told employees, in part: “New research indicates that avoiding meat is one of the biggest things an individual can do to reduce their personal environmental impact — even more than switching to a hybrid car.”

But according to renowned climate scientist Michael E. Mann, who has worked on the United Nations’ Intergovernmental Panel on Climate Change’s (IPCC) Assessment Report — the report that gives a status report on the global climate — the way WeWork has framed its message is misleading. “It let’s fossil fuels off the hook. It’s implicitly accepting the notion that climate solutions are voluntary measures,” Mann told me. “They’re important. But it’s really frustrating to me when they say eating less meat. When it’s framed as if influencing the political process isn’t part of the constellation.”

What Mann is referring to is the fact that only about 15 to 18 percent of carbon emissions come from livestock. And that number includes all livestock on the planet as well as the entire process of raising, slaughtering, transporting and eating meat — including the carbon you yourself make while eating and digesting it. From the farm to your toilet, essentially. Notably, only a portion of that process involves actual animals. The rest of it is transportation and processes that also produce carbon when growing and consuming vegetables, wheat and practically everything else we eat.

“The overwhelming source of fossil fuels, 65 to 70 percent, is the burning of fossil fuels for energy and transport. To the extent that we can influence the main slice of the pie, to me that’s much more important,” Mann notes. And that’s where the WeWork stance is so concerning. It’s remarkably irresponsible to suggest that hybrid cars aren’t an important step in the fight against carbon emitters. “In fact, the buying of the hybrid car is about recognizing that [climate change is] about transportation. By making that specific comparison, the implication is ‘Don’t worry about transportation, it’s the meat eating.'”

The problem is, it appears WeWork hasn’t really done its due diligence in making this change. The research it refers to is a single paper out of Oxford, which, while it had a massive sample size, doesn’t erase the work of climate scientists around the world — and certainly not the extensive research of the IPCC. Additionally, the company isn’t banning dairy, eggs, or fish, all of which have their own climate impact; after all diary still requires the same type of livestock as meat.

Also massively problematic is the fact that this stance is about punishment. The growing focus on individual actions to mitigate climate change implies that each one of us is singularly to blame for what really is the irresponsible activity of industry and government regulations. There are actually environmentally responsible ways to farm meat. And if all farms around the world were to adopt them, Mann says, the percentage of carbon emitted from farm to toilet could be reduced from 18 percent to just 10 percent.

In fact, UN’s Food and Agriculture Organization says that livestock emissions could be cut by 30 percent simply by implementing new sustainable efforts (and they have a Global Agenda to do it, with partners including the Bill and Melinda Gates Foundation). It’s an essential point: The fault for emissions from meat does not lie in the laps of people who consume it. The blame lies with the industry that refuses to change and the governments that refuse to force them to change.

“Guilt for choice solves nothing,” says Mann. In fact, research out of the University of California, San Diego, shows that people are more motivated to act on climate issues when their own actions aren’t presented as the key to change. In the study researchers wrote: “It is widely assumed that emphasizing personal responsibility for climate change is effective at increasing pro-climate behavior whereas collectively framing the causes of climate change diffuses responsibility and dampens the incentive for individual action. We observe the opposite result.”

The bottom line is we have to stop trying to get people to care about climate change by burying them in gloom and doom. A single individual person cannot possibly carry the entire weight of fixing this planet-sized problem on their shoulders. And, frankly, what’s to stop WeWork employees going home and eating more meat than ever before simply because they’ve been denied it at work? Research has shown again and again that if you want to truly influence people to change, incentivizing them is significantly more successful than simple punishments. (This was especially evident a few years ago when employers attempted to fine their employees for being overweight — with very little success.)

If WeWork really wanted to make an impact on the environment, and I believe it does — the company sent me a list of other changes it is making, including removing plastic in some offices and installing LED lighting — the biggest effect it could have is by turning to politics. When it comes to fighting climate change we have the technology. We have the knowledge and know-how. The solutions are not a mystery. The only thing we are lacking is the political will to force industries to adapt. And that means to really, truly make a difference to the planet the biggest and best individual impact is to vote. The company could encourage this, Mann says, by influencing the political process, encouraging their employees to vote, and donating to environmentally friendly candidates and organizations.

Making a public display of changing from the inside gets the conversation started. And that’s important. But real change will only come if we pressure our government officials to regulate the industries that pollute our planet. Climate change is a problem that we can absolutely fix. But only if we point our crosshairs at the right target.

Erin Biba is a science journalist who writes about climate change, field science, biology, technology, and other science-related topics. Her work has appeared in Scientific American, WIRED, The Daily Beast, and Popular Science, and BBC.