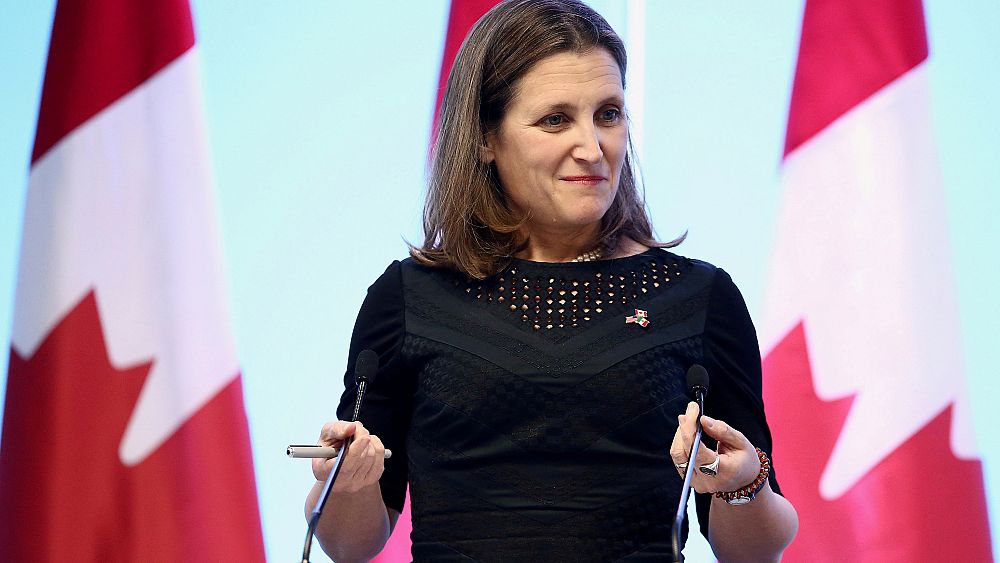 An ousted ambassador, suspended flights, and the recall of thousands of Saudi students in Canada. These are just a few diplomatic sanctions Saudi Arabia has imposed on Canada in the wake of a tweet over jailed Saudi activists by Canadian officials.

On Friday, the Canadian Foreign Ministry called for the release of women’s rights activists Samar Badawi and Nassima al-Sadah, who were arrested on July 30th, according to Human Rights Watch (HRW).

Since May, a dozen Saudi human rights campaigners have been arrested according to Human Right’s Watch.

Who is Saif Badawi?

Badawi has been targeted by Saudi officials for years due to her activism. Her former husband, Waleed Abu al-Khair, is currently serving a 15-year prison sentence for his human rights work and her brother, the famed activist and blogger – Raif Badawi – has been sentenced to 10 years in prison and 1,000 lashes for setting a website for public discourse.

He received his first 50 lashes last year, according to HRW. Raif Badawi’s wife lives in Quebec, in Canada.

The Saudi Kingdom was less than thrilled about Canada’s “interference”, saying it had no business to meddle in its local affairs.

Since Monday, the Middle Eastern country began imposing a flurry of diplomatic sanctions starting with the expulsion of the Canadian ambassador, Dennis Horak, who was deemed “persona non grata” on Twitter by Saudi officials, giving him 24 hours to leave the Gulf country. In tandem, the Saudi ambassador to Canada would also be recalled as well in light of the spat.

Then, the Saudi government said it would freeze new trade with Canada. Furthermore, all flights to and from Toronto would be suspended starting August 13, according to state airline, Saudia Airlines.

Next, came as a blow to Saudi exchange students studying in Canada on state-sponsored scholarship programmes, which have been suspended. This could affect 16,000 students who’ve been urged to study elsewhere. At McGill University, in Montreal, it said they currently have 327 students enrolled from Saudia Arabia.

“We don’t yet know exact registration numbers for the coming academic year, or how those numbers might be affected by today’s reported measures by the Saudi government,” according to a statement sent to Euronews from the university. McGill’s medical school is four years into a five-year deal with the Saudis.

Canadian officials responded by saying it would be a “shame” if Saudi students had their scholarships revoked.

Canada’s foreign minister, Chrystia Freeland, did not bow to mounting pressure and replied by tweeting:

“Canada stands together with the Badawi family in this difficult time, and we continue to strongly call for the release of both Raif and Samar Badawi,” Freeland tweeted.

In an address in Vancouver, Freeland addressed the diplomatic row, saying:

“We stand by what we have said. We’re always going to speak up for woman’s rights and that’s not going to change,” she said, adding that it wasn’t the first time Canada has spoken out about human rights in Saudi Arabia,” she said.

Trade between Canada and Saudi Arabia exceeded $4-billion (€ 3.4 billion) last year, a significant portion of it came from a controversial multibillion-dollar deal to sell combat vehicles equipped with machine guns and cannons to the Saudis, according to The Globe and Mail.

What other nations are saying:

Bahrain, UAE and the Palestinian Authority have stood by Saudi Arabia in midst of escalating pressure, according to Saudi state media Al Arabiya.

The United States has asked the Saudi government for more details on the detention of activists and urged it to respect due process, a State Department official said on Monday, in the first comments by Washington since a dispute erupted.

“We have asked the Government of Saudi Arabia for additional information on the detention of several activists,” a State Department official said in a statement, calling both Saudi Arabia and Canada “close allies”.

“We continue to encourage the Government of Saudi Arabia to respect due process and to publicize information on the status of legal cases,” the official added.