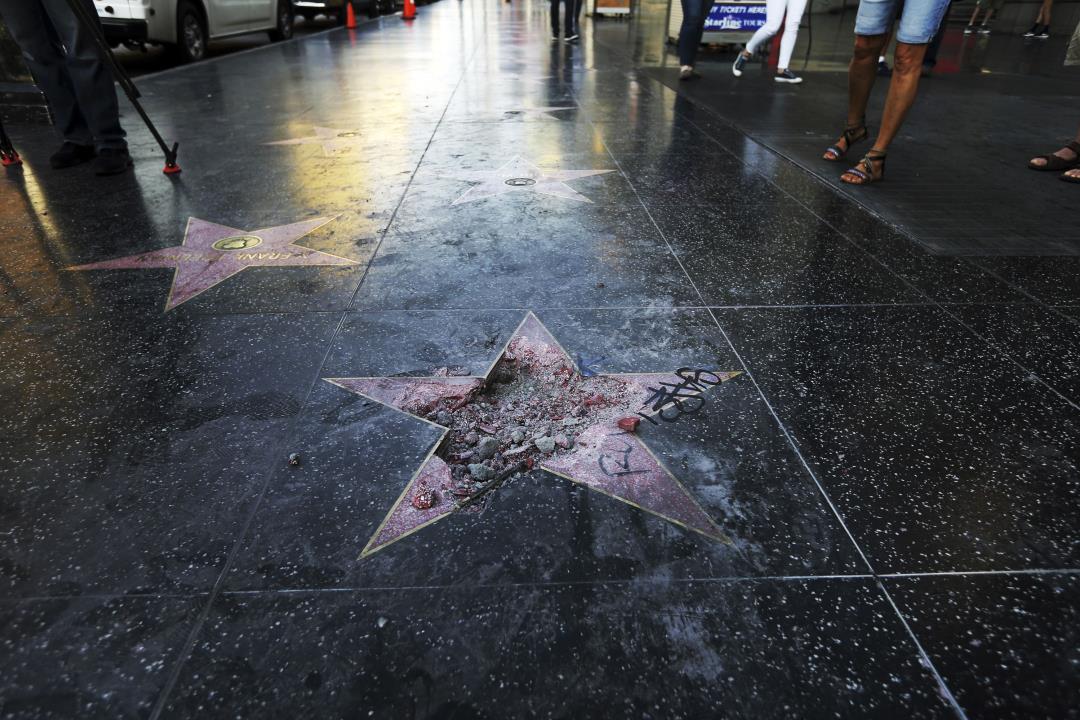 (Newser) – It’s unanimous, at least in the West Hollywood City Council: The group voted Monday night to get rid of President Trump’s star on the Hollywood Walk of Fame, reports the Wrap. The resolution urges the Hollywood Chamber of Commerce and the City of Los Angeles to remove the star, the target of repeated vandalism, due to Trump’s “disturbing treatment of women and other actions.” The group didn’t pass the nonbinding resolution “because Donald Trump is a conservative or a Republican,” West Hollywood Mayor John Duran tells NBC News. “Earning a star on the Hollywood Walk of Fame is an honor. When one belittles and attacks minorities, immigrants, Muslims, people with disabilities, or women—the honor no longer exists.” He adds to the Washington Post: “To think that we would pay tribute to someone who’s causing such a horrible disaster to our country’s values.”

Trump received the star in 2007 for his work on The Apprentice and the Miss Universe pageants, among other achievements. But there are issues with the group’s plans. First, per USA Today, the Walk of Fame isn’t under West Hollywood’s jurisdiction—the city of Los Angeles claims that duty, via the Hollywood Chamber of Commerce. Past stances from the chamber suggest Trump’s star is there for the long haul. “Once a star has been added to the walk, it is considered a part of the historic fabric of the Hollywood Walk of Fame,” the chamber’s president said in 2015, noting a star had never been removed, per the Los Angeles Times. Protests to remove stars for Bill Cosby and Kevin Spacey were also shut down, though Duran tells the Post Trump is different, as he’s “the leader of the free world.” Mark Hamill’s suggestion to replace Trump’s star: Give the space to Carrie Fisher.