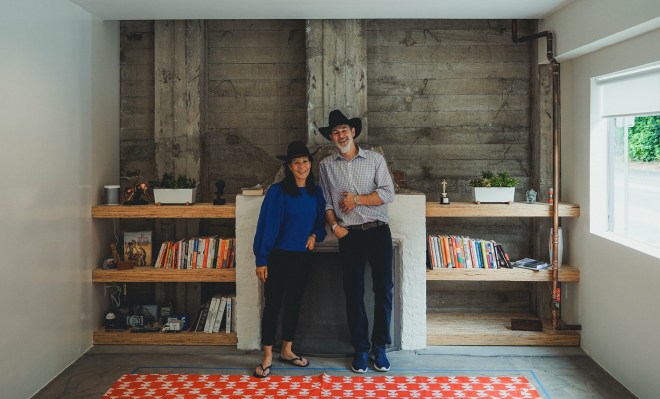 That investors are doubling down on the firm isn’t a surprise, given its track record. The firm’s very first check was to Dollar Shave Club, which sold in 2016 for a reported $1 billion. Other early exits include the sale of the nutrition coaching app Rise to One Medical for a reported $20 million; and the sale of the cloud monitoring firm Librato to SolarWinds for $40 million.

More recently, Accompany, a business intelligence startup that drew an early check from Cowboy, sold in May to Cisco for $270 million. (It had raised roughly $40 million from investors.) Tenor, a GIF platform that also received early backing from Cowboy, sold to Google in March (for undisclosed terms). Another Cowboy portfolio company, the smart lock maker August, sold to the Swedish lock giant Assa Abloy last fall (also for undisclosed terms).

Cowboy is a generalist fund that is managed by Lee and Ted Wang, a startup attorney for many years with Fenwick & West who joined as a general partner in January of last year. The outfit added an associate, Samantha Kaminsky, earlier this summer. Among its current bets is the consumer goods company Brandless, the cybersecurity company Area 1 Security, and the mobile linking platform Branch.

The team typically invests in between six to 10 companies each year, writing initial checks on average of $1 million. Its biggest bet to date is on Guild Education, a Denver-based tech-education startup that partners with employers, including Walmart, to offer education as an employee benefit, right alongside healthcare. The company, which closed on $40 million in new funding just two weeks ago, also happens to be the biggest bet to date of another firm that just closed its newest fund, Felicis Ventures.

In a quick exchange earlier this week, we talked with Lee about Cowboy and the market more broadly. (We’ll also be talking on stage with her about this at TC’s upcoming Disrupt show.)

We asked where Cowboy is shopping right now, for example, and she said some areas include back-office tech, including startups that are transforming unglamorous tasks like tax accounting, sales ops and scheduling that can be transformed by modern software; “learning loop software” that builds on prior experiences and on underlying data; and startups that are building tech that’s aligned with improving users’ physical and mental health.

We also asked whether she had concerns about the very long bull market the tech industry has been experiencing, and it sounds like she does as it pertains to “increasing valuations, size of rounds, and dollars going into venture.”

In fact, Lee said Cowboy has turned “extra cautious” with its investment pace over the past year, given that both Lee and Wang have lived through previous cycles.

“It worries me we’re meeting with more startups than ever who are thinking about raising a $4 million seed round,” she said. “Four million dollars is what we used to call a Series A not too long ago. We don’t think bigger and more expensive rounds starting at seed stage will set companies and cultures up for long term success and could also depress returns for everyone on the cap table.”

Still, on the whole, Lee sounded optimistic, both about longer-term startup trends, and about the venture industry as a whole. Perhaps unsurprisingly, she thinks there is little to stop new technology companies from impacting every industry and creating new opportunities for many, while “possibly displacing traditional jobs,” she said. “We just have to work harder to make new technology jobs accessible to the widest set of people possible,” she added.

Lee — who this spring cofounded All Raise, a nonprofit founded by 34 female investors that’s dedicated to diversity in funders and founders — also said she expects the venture-backed startup industry to look fairly different five to 10 years from now, and in a good way.

“I hope and expect because of demographic shifts, the influence of founders and employees, organizations like All Raise, and because diversity is proven to deliver better results that” the ecosystem will change for the better, she said. “We’ll have greater gender balance, and we’ll have more people from historically underrepresented groups in positions of power.”

If you’re curious to learn more, Lee and Wang have written a bit more about the new fund and its intentions here.