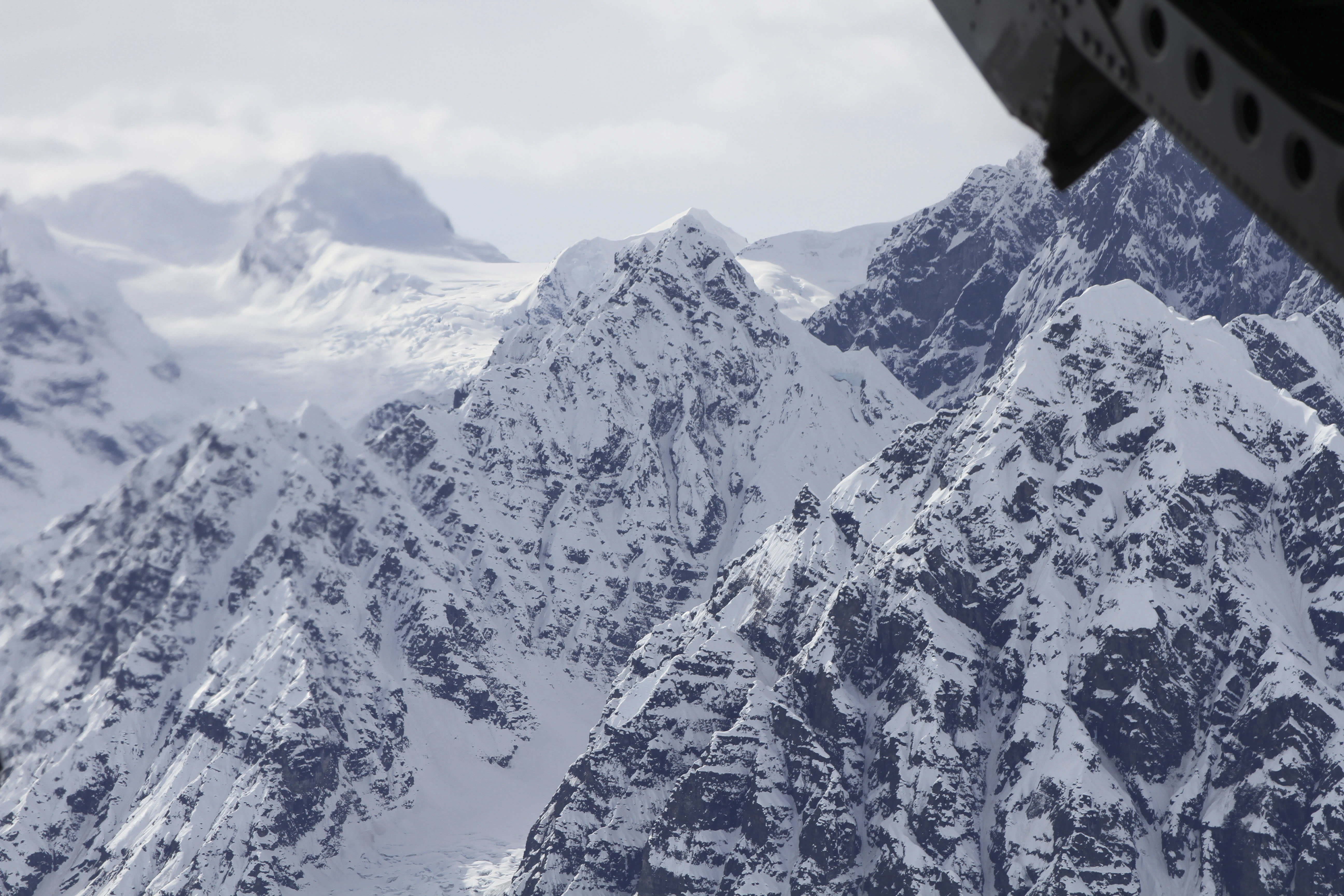 ANCHORAGE, Alaska (AP) — Searchers on Monday found four people dead in a sightseeing airplane carrying Polish tourists in Alaska’s Denali National Park — a day and a half after thick clouds hampered the response to distress calls.

Another person is missing and presumed dead after the crash Saturday evening on a mountain ridge about 14 miles (23 kilometers) southwest of Denali, North America’s tallest mountain. After going down, the pilot, identified Monday as Craig Layson, reported by satellite phone that passengers suffered injuries, but the connection failed before he could give details.

The airplane was stocked with sleeping bags, a stove and food, giving hope that survivors would be found despite terrain described by the National Park Service as “extremely steep and a mix of near-vertical rock, ice and snow.”

Low-lying clouds and rainy conditions prevented crews from spotting the wreckage until a break in the clouds Monday allowed a helicopter to reach the crash site.

A park service ranger was lowered down on a line from the copter and dug through snow that had filled the aircraft to find the bodies of four people. There were no footprints or other disturbances in the snow that would have indicated anyone made it out of the plane, the park service said.

The ranger was pulled out after confirming the deaths. A park service spokeswoman said she could not comment on recovery plans.

The plane operated by K2 Aviation had taken off Saturday evening with Layson and four passengers from Poland for a tour of Kahiltna Glacier, the jumping off point for climbers attempting to climb Denali.

It crashed around near the top of 10,900-foot (3,300-meter) Thunder Mountain, which rises above the glacier and is described by the park service as more of a milelong ridge than a mountain.

Immediately after crashing, Layson used a satellite phone to call the K2 office in the community of Talkeetna. He made a second call about an hour later, Belcher said. On one of the calls, he said passengers were injured, but the connection failed.

The National Transportation Safety Board is investigating. Ideally, an investigator would travel to the crash site and keep analyzing the wreckage when it was removed from the mountain, spokesman Clint Johnson said.

A recovery likely will not occur until later this week at the earliest because of foul weather and the dangerous location, he said.

“My understanding is that it’s in a crevasse-laden area,” Johnson said, adding that reaching the site will “require technical climbing experience.”

Belcher said the park officials were working to contact family members in Poland before identifications would be released. Belcher said the tour had been arranged by a tour operator in Poland with K2 Aviation.

“Everything becomes harder because of the amount of crevasses opening and the weaker snow bridges,” he said.

But sightseeing flights can still land on the glacier, allowing visitors to walk on the ice field, officials said.

Temperatures on the mountain at 11,000 feet (3,353 meters) can be warm if the sun is out but likely below freezing at night, he said. His company regularly flies with K2 Aviation for Denali climbs, and before taking off, pilots give passengers a briefing on emergency gear stowed in the back of the airplanes, he said.

K2 Aviation suspended all sightseeing flights after the crash and said it’s cooperating with the investigation. The company is owned by Suzanne and Todd Rust and has been family-owned and operated for 55 years, according to a statement.