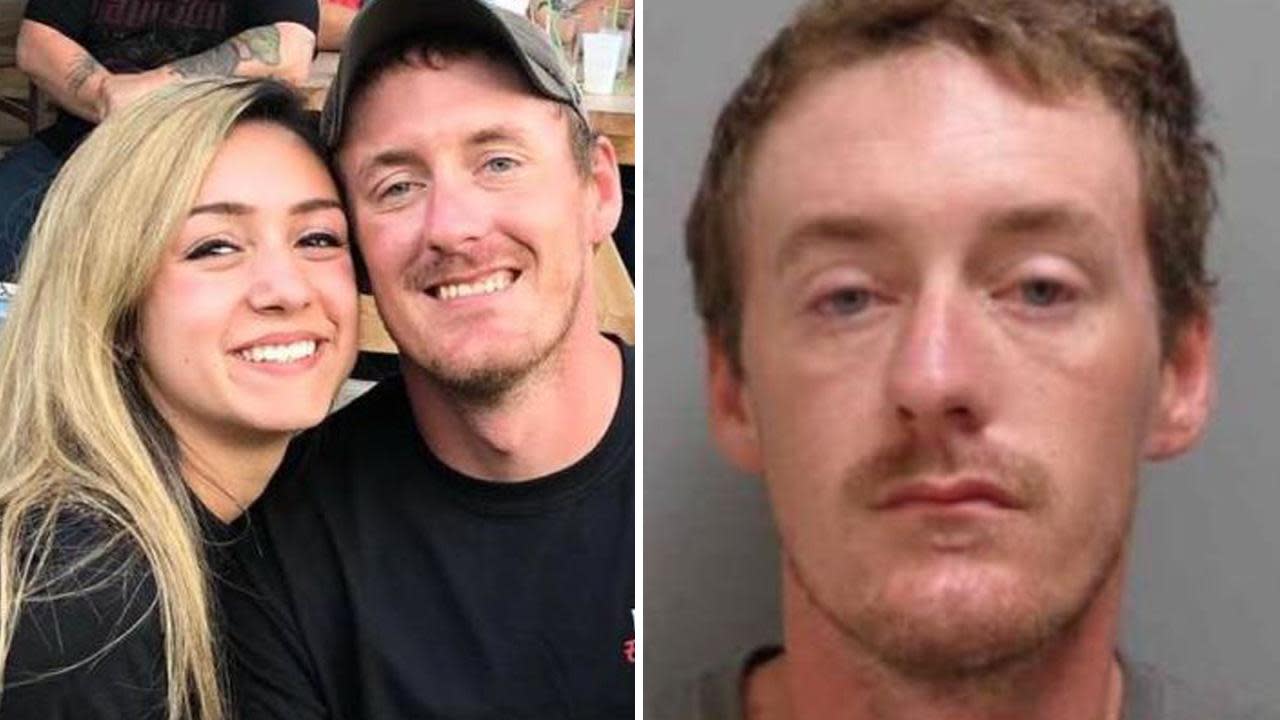 The body of a woman found during the search for Mollie Tibbetts has been identified as 20-year-old Sadie Alvarado, whose boyfriend has been arrested for allegedly leaving her on the side of a rural Iowa road.

Alvarado’s body was discovered in a ditch along 235th Avenue, a gravel road in West Point Township in Lee County, at about 10:45 a.m. Sunday, officials said.

Alvarado’s boyfriend, Damian Hamann, turned himself in later that day to the Lee County Sheriff’s Department.

Investigators said Hamann, 28, told them he and Alvarado had gotten into an argument as he drove along 235th Avenue. He said that during the argument, Alvarado jumped out of his car, according to a criminal complaint filed against Hamann by the Lee County Sheriff’s Office.

Hamann said he didn’t stop, but instead went home to Morning Sun and returned with his vehicle to the road where Alvarado jumped out of the car to look for her around noon Sunday, the complaint said.

It was not immediately clear how Alvarado died. An autopsy was scheduled at the University of Iowa’s Decedent Car Unit and the case remains under investigation.

Hamann was arrested and charged with leaving the scene of an accident that resulted in death.

If he is found guilty of the class D felony, Hamann faces up to five years in prison.

Hamann is due in court for a preliminary hearing Aug. 24. He was released from jail and will remain under the supervision of probation/parole while his case is pending.

The discovery of Alvarado’s body sparked national attention as searches continue for Mollie Tibbetts, another 20-year-old Iowa woman who disappeared on July 18. But authorities said Sunday they did not believe the young woman was Tibbetts, who remains missing.

Alvarado’s family and friends criticized what they called the dismissive treatment from media and others toward her case, calling for justice as they mourned the death of their loved one.

“[I don’t give a f***] how much money is put into bringing Mollie Tibbetts home, I think it’s highly disrespectful to note that a body isn’t hers and move on,” Erin Fuller, 18, who lives in Muscatine, where Alvarado was from, wrote on Facebook. “That’s someone else’s daughter, sister, girlfriend, mom, etc. Show some f***ing respect.”

Fuller told InsideEdition.com she had a number of mutual friends with Alvarado.

“Most of my friends are at a loss of words, the grieving hit my hometown like wildfire,” she said. “After getting the news, many articles started popping up and after clicking on and reading some of them, almost every one of the articles said ‘body found in Lee County —not Mollie Tibbetts.'”

She said that while her heart went out to the Tibbetts family, she hoped people following that case would also recognize another family is now in mourning.

“If you read the comments [on news articles], people even went as far as to say, ‘Well it’s not Mollie, so …’ and I felt as if people weren’t valuing someone’s life,” Fuller said. “Sadie deserves to be recognized.”

Alvarado worked as a bank teller at CBI Bank & Trust and she studied nursing at Southeastern Community College, according to her social media.

“I miss you baby,” Alvarado’s father, Ruben Alvarado, wrote on Facebook after the discovery of her body. “And I’m not the only one, there’s so many people missing you and wishing you were still here with us. I promise you that you will never be forgotten!!”

Mollie Tibbetts’ Father Believes She Is With Someone She ‘Trusted’

'Take her out': New recording appears to feature an angry Trump telling associates to 'get rid of' the US's ambassador to Ukraine after he was told she bad-mouthed him
2020-01-25