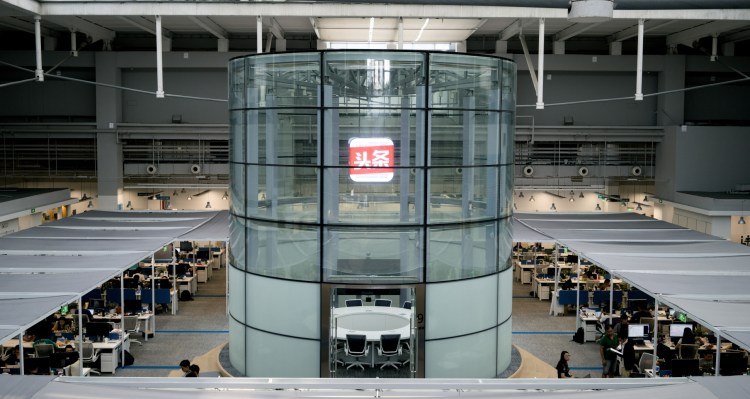 Fast-growing Chinese media startup ByteDance is looking to raise as much as $3 billion to continue growth for its empire of mobile-based entertainment apps, which include news aggregator Toutiao and video platform Tiktok.

The Beijing-based startup is in early-stage talks with investors to raise $2.5 billion to $3 billion, according to a source with knowledge of the plans. That investment round could value ByteDance as high as $75 billion, although the source stressed that the valuation is a target and it might not be reached.

It’s audacious, but if that lofty goal is reached then ByteDance would become the world’s highest-valued startup ahead of the likes of Didi Chuxing ($56 billion) and Uber ($62 billion). Only Ant Financial has raised at a higher valuation, but the company is an affiliate of Alibaba and therefore not your average ‘startup.’

But there’s more: Earlier this week, the Financial Times cited sources who indicate that ByteDance is keen to go public in Hong Kong with an IPO slated to happen next year.

ByteDance is best-known for Toutiao, its news aggregator app that claims 120 million daily users, while it also operates a short-video platform called Douyin. The latter is known as TikTok overseas and it counts 500 million active users. TikTok recently merged with Musical.ly, the app that’s popular in the U.S. and was acquired by ByteDance for $1 billion, in an effort aimed at combining both userbases to create an app with global popularity.

The firm also operates international versions of Toutiao, including TopBuzz and NewsRepublic while it is an investor in streaming app Live.me.

The company’s growth has been mercurial but it has also come with problems as the company entered China’s tech spotlight and became a truly mainstream service in China.

ByteDance had its knuckles wrapped by authorities at the beginning of the year after it was deemed to have inadequately policed content on its platform. Then in April, its ‘Neihan Duanzi’ joke app was shuttered following a government order while Toutiao was temporarily removed from app stores. It returns days later after the company had grown its content team to 10,000 staff and admitted that some content it had hosted “did not accord with core socialist values and was not a good guide for public opinion.”